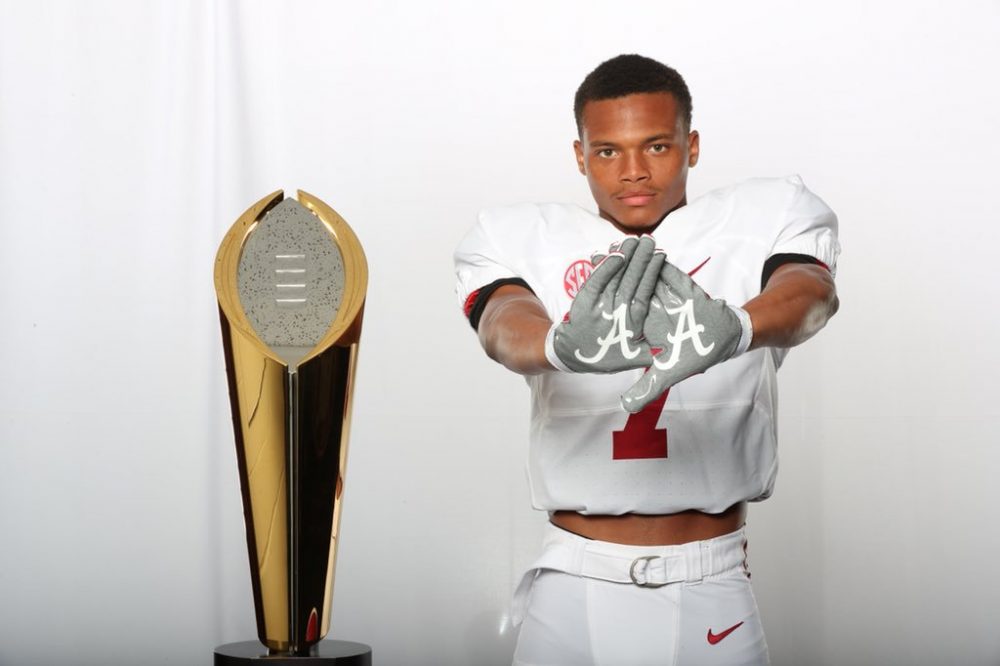 The Tide are wasting no time getting back on the recruiting trail as they offered LaTrell Neville on Thursday.

Neville is a 2021 wide receiver out of Missouri City, Texas. Alabama’s special team coach, Jeff Banks, continues to find impressive recruits for the Tide in his old stomping grounds as he was the one that contacted Neville and told him he received an offer from the Tide. It was a call that left Neville at a lost for words.

“I was speechless,” Neville said. “I love coach Banks and coach Gattis.”

Alabama will look to reload on wide receivers in the 2020 and 2021 recruiting class after only grabbing one 2019 wideout. Devonta Smith, Jerry Jeudy and Henry Ruggs will most likely be NFL rookies once the 2021 class enrolls. The impact that this group has had on the field has had an tremendous impact on wide receiver recruits. An impact Neville has notice along with Nick Saban’s attention to detail.

“I like how Coach Saban always talk about preparation,” Neville said. “They throw the ball, which I like a lot and they play as a unit.”

Alabama is the 17th program to offer Neville. He has been collecting division one offers constantly over the last two months. He received 13 in the month of December alone.

At 6-feet-3-inches, Latrell Neville has the height to be a dynamic wideout at the next level. He also possesses a great burst of speed, which allows him to line up in the slot and turn short passes to big plays.