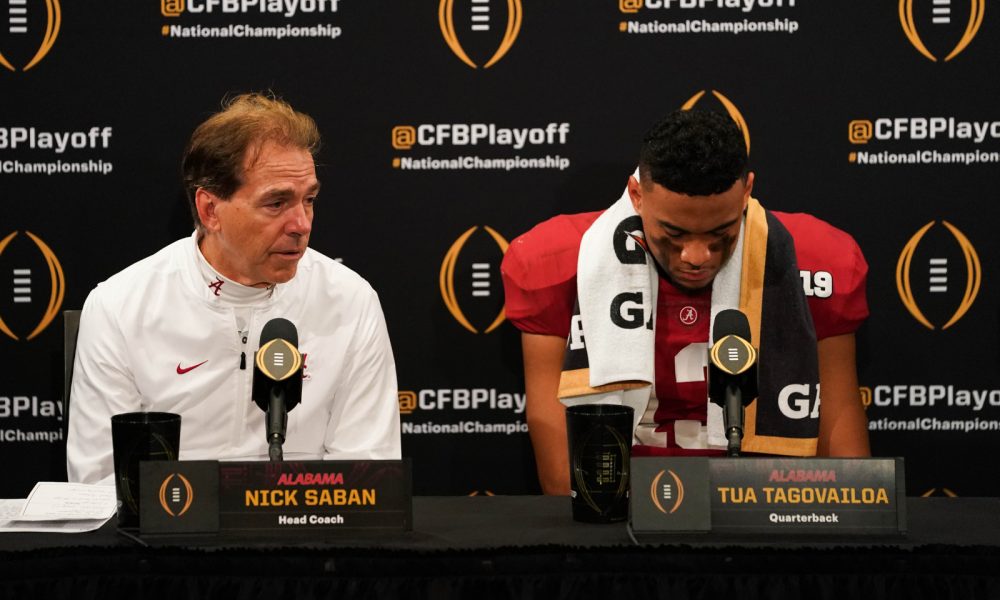 Nick Saban will enter the offseason with a lot on his plate, but the main thing is trying to get his program at the University of Alabama back on track. For the Crimson Tide, it was both mentally and physically dominated on Monday night in a 44-16 loss to Clemson in Santa Clara, Calif.

While its offense struggled to find a consistent rhythm, the Tide’s defense (known for its ferocity and toughness) quit. With a couple of assistants leaving Saban’s staff, the carousel begins again in finding new faces that can do more than just recruit. Alabama is also looking for those that can teach and develop players to consistently deliver strong performances and value technique.

In Tuesday’s airing of In My Own Words, Stephen Smith of Touchdown Alabama Magazine dives into the instant analysis from the College Football Playoff national title matchup and how Alabama fell to Clemson for a second time.

Check out the podcast below.