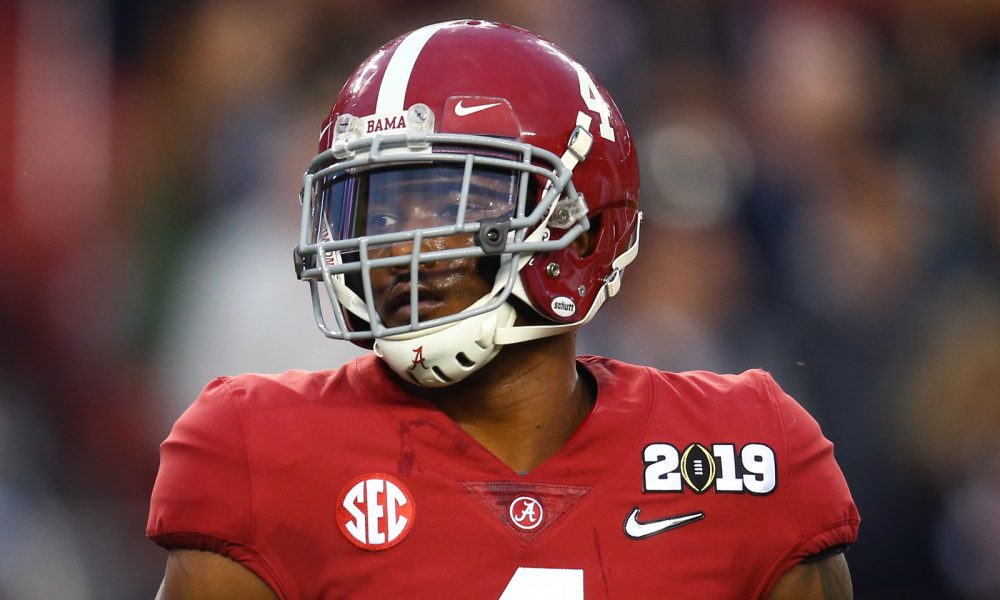 Is he turning pro?

The website for University of Alabama athletics, rolltide.com, made some updates on Saturday morning and one of them involved a veteran defensive back.

First-year starting cornerback, Saivion Smith was not listed on the updated roster, following the 2018 football season.

Rumors sparked about the possibility of him declaring for the upcoming NFL Draft, but people also felt as though he needs to return and get more seasoning under his belt. A native of Tampa, Fla., Smith recorded 60 total tackles, five pass breakups, a team-high three interceptions and one touchdown through 15 games.

The 6-foot-1, 200-pounder possesses both physicality and coverage skills; however, laziness in his technique got him burned against elite teams.

Smith suffered an injury in the second half of Alabama’s 44-16 loss to Clemson in the College Football Playoff National Championship meeting on Monday night in Santa Clara, Calif. He did not return to action and true freshman, Josh Jobe replaced him at left corner.

While he has been removed, defensive leaders such as Mack Wilson, Shyheim Carter, Deionte Thompson and Anfernee Jennings are still on the roster.

Trevon Diggs and Raekwon Davis both announced via Twitter on returning to Alabama for next fall. No concrete word has been spoken on behalf of everyone else, but after seeing who declared on Friday, it appears all defensive pieces (aside from Quinnen Williams) are coming back.

As for Smith, he does have a Southeastern Conference title ring and an Orange Bowl Trophy under his belt with the Crimson Tide.