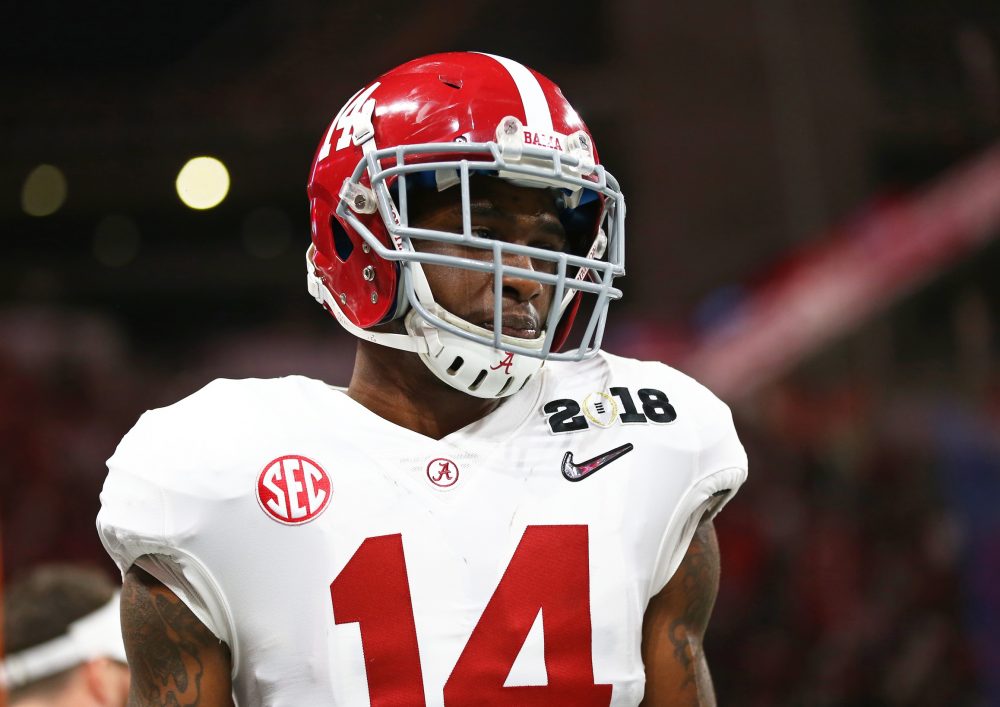 Earlier this morning Vester Thompson, father of former Alabama safety Deionte Thompson, informed AL.com that the aggravated assault charge against his son has been dropped.

The All-American defensive back was arrested in April of 2017 and indicted on one count of felony aggravated assault, for kicking Noah Frillou in the head during a spring break brawl in Crystal Beach, Texas on March 18, 2017.

“I believe that (the district attorney’s office) took another look at the information that they had in regard to the case and reconsidered their position,” Thompson’s lawyer, Sean Villery Samuel, told AL.com. “That’s all we were ever asking them to do from the beginning was just to look at everything you have. And after that, I believe they came to the right conclusion, that he had nothing to do with this.”

Thompson lead the Crimson Tide last season in interceptions and was second on the team in tackles (79). Last month Thompson decided to forgo his senior season and enter the 2019 NFL draft where he is projected by most to be the first safety taken.