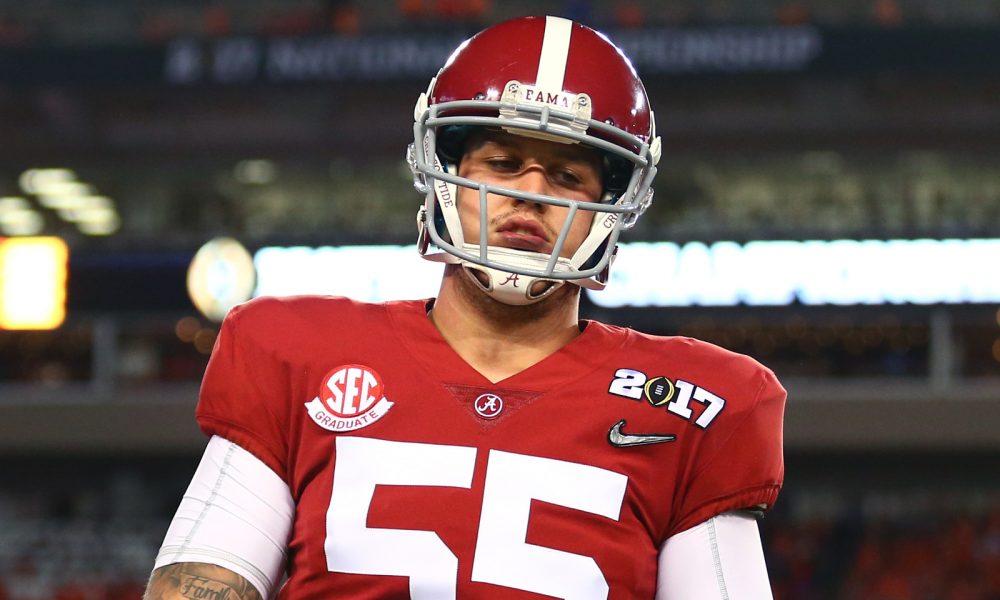 In a new league that is bringing excitement to fans, citizens of Birmingham, Ala., and surrounding areas got a chance to watch a professional team at Legion Field as part of the Alliance of American Football League.

While the duo of Richardson and Dickson made huge plays on Sunday in the Iron’s 26-0 win over the Memphis Express in its debut, a former long snapper for the Crimson Tide found a way to make a huge contribution as well.

Hailing from Bakersfield, Calif., Cole Mazza assumed the starting position at long snapper in 2013 for Alabama as Carson Tinker departed to the National Football League.

During his four seasons, he took pride on special teams and perfectly executed 583 snaps in terms of punts, field goals and extra points in 55 games. Mazza never botched an attempt, which led to JK Scott leading the nation in punting (48.0 yards per punt) as a freshman while having the duo of Cade Foster (2013) and Adam Griffith (2015) connect on all of their extra point attempts.

After spending 10 years in the NFL, Nick Novak got his first shot with the Iron.

With Mazza snapping the ball, Novak made all four of his field goals – including one from 47 yards out. He would also connect on a point after touchdown try, following Richardson’s second score in the fourth quarter.

Novak, the alumnus from Maryland, celebrated after each made kick, but it helps to have a snapper to get you in position. Along with Novak, Mazza would also get off a great snap in helping the punter for Birmingham pin Memphis inside its own 5-yard line.

Mazza was integral on three Southeastern Conference title teams at Alabama (2014-16) and a won a College Football Playoff National Championship in 2015, helping the Tide earn a 45-40 win its first meeting with Clemson.