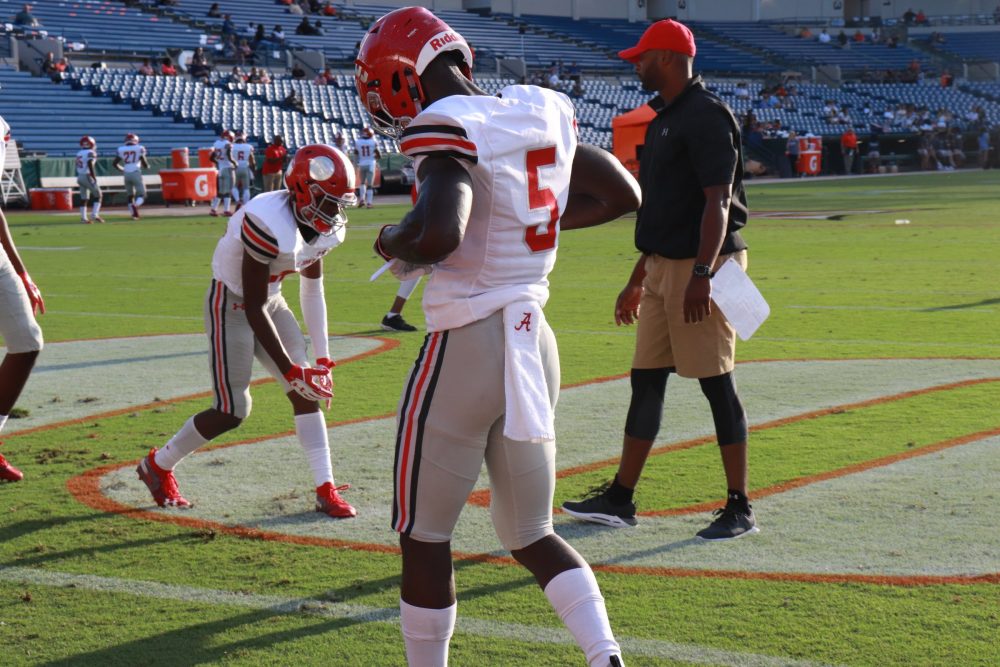 Alabama has produced some great wide receivers during the Nick Saban era.

Julio Jones, Amari Cooper and Calvin Ridley have placed their stamp on the Alabama football record books and they are showing the world what they can do in the NFL. Alabama’s next wave of great wide receivers happened to be in the same class. The Tide added three explosive wide receivers in their 2017 recruiting class.

Jerry, Jeudy, Henry Ruggs and Devonta Smith have had their fair share of big moments. Jeudy won the Biletnikoff Award, Smith made the catch on 2nd & 26 and Ruggs has been Mr. Reliable with his explosive speed and tough catches. The hole this group could leave in the next year or two has Alabama preparing itself early.

The biggest way the Tide can lessen the blow of losing these guys is to hit the recruiting trail hard for wide receivers in 2020. Nick Saban and company may have hit the jackpot when it comes to timing because this is one of the more talented wide receiver classes. 4-Star wide receivers, Dazalain Worsham and Javier Morton, have given the Tide their verbal commitments, but this wide receiver class is far from done.

5-Star wide receivers, Julian Fleming and Rakim Jarrett, headline this impressive wide receiver class as they compete for the title of the top wide receiver in the nation. Jarrett has heavily considered Alabama since the Tide offered him. He has been taking a close look at Clemson as of late and the Tigers are expected to be in the running late for him. Whoever lands Jarrett, is getting the toughest wide receiver in this class. His hands are soft, he runs his routes hard and he can eat up yardage after the catch.

Fleming is a true deep threat. His speed makes him hard to keep up with. It is only a plus that the Tide have a walk-on commitment from Fleming’s high school quarterback, Stone Hollenbach.

Alabama will also have a chance to keep dominating the state of Alabama with the wide receivers that are in this class.  Eddie Williams and JJ Evans are names that jump out. Evans turned many heads when he racked up 57 receptions, 1410 receiving yards and 17 touchdowns in nine games.

Williams is a lengthy wide receiver, who Clemson is also recruiting heavily. Alabama missed out on his former teammate and Clemson wide receiver, Justyn Ross. The Tide would like to keep this in-state talent at home. He is a lengthy recruit, who knows how to take advantage of jump balls.

Jermaine Burton, Xzavier Henderson, Deajaun McDougle and Troy Omeiere are some other names to keep an eye out for. It will be interesting to see who the Tide recruits the hardest and how many recruits they intend to bring in.