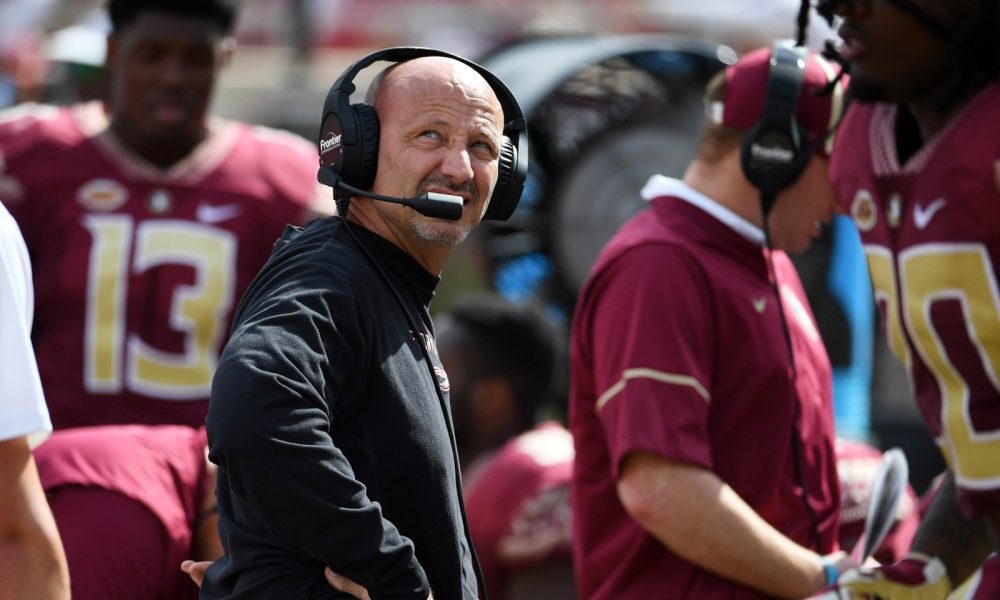 Nick Saban’s success at Alabama can be credited to two positions: inside linebacker and defensive back.

As important as it is to have a captain in the second level on defense make appropriate calls; it is equally vital to have a group on the back end that shuts down receivers.

For the Crimson Tide, all five of its national championships – starting in 2009 – were a result of having disciplined leaders, playmakers, and the right coaching in its secondary.

Before taking a head coaching job at the University of Georgia, Kirby Smart got things rolling for Alabama in 2009. He mentored a defensive backfield littered with studs, including Mark Barron, Javier Arenas, Kareem Jackson, Marquis Johnson and Justin Woodall among others.

The group forced 24 interceptions and held quarterbacks to a completion percentage of 46.7, while allowing an average of 11.7 points a game. Jeremy Pruitt took over duties as secondary coach from 2010-12 and produced the same results.

He coached a unit that combined for 31 picks in 2011 and 2012, with the duo of Ha’Sean “Ha Ha” Clinton-Dix and Robert Lester collecting four interceptions a piece in 2012.

While the 2011 group led college football in all five major defensive categories – 8.2 points per game – the 2012 team allowed 10.9 points a matchup and limited signal callers to a 54.7 percent completion clip.

Mel Tucker and Derrick Ansley continued the trend in 2015 and 2017, seeing how both coached squads that totaled 19 interceptions.

Eddie Jackson was the high man for Tucker with six picks in 2015, and Mack Wilson did it for Ansley with four in 2017.

A “No Fly Zone” mindset for defensive backs equals a national title for Alabama, and no one knows this more than Charles Kelly.

A native of Ozark, Ala., Kelly was hired onto Saban’s staff to replace Tosh Lupoi (Cleveland Browns) and help Pete Golding orchestrate the defense.

He spent last season on Pruitt’s staff at Tennessee with safeties and prior to that, he was with Pruitt at Florida State as special teams’ coach, linebackers’ coach and defensive coordinator from 2013 to 2017.

Kelly won a BCS national championship in 2013, and produced the likes of Derwin James, Tarvarius McFadden, Jalen Ramsey and Lamarcus Joyner with the Seminoles.

Like the coaches listed above, Kelly brings a background of playing in the secondary during his collegiate tenure with him to Tuscaloosa, Ala.

After the 2018 bunch gave up 22 touchdown passes (most under Saban) and a passer rating of 115.8, the 67-year-old is confident that Kelly will not allow those numbers to occur in the coming fall.

“Charles Kelly was a guy I often times considered him being a coordinator here,” Saban said on Friday after the Tide’s first spring practice.

“I thought Pete [Golding] did a really good job last year and should be the coordinator, but I also thought that Charles Kelly would be somebody who could do that because he’s been in our system with other people. He was with Jeremy [Pruitt] at FSU, Jeremy again at Tennessee, so that’s like having a coach on our staff in terms of knowledge, experience and terminology.”

Part of the reason behind the Tide’s defensive struggles was Saban felt like his staff lacked people that identify with the state of Alabama.

Regardless of having strong recruiters, none of them understood the tradition and building connections with local people via the program.

In watching Kelly direct safeties, there was a refreshing feeling on Saban’s face.

Kelly will have much at his disposal, as he intends on restoring Alabama’s secondary back to victimizing every quarterback in football. With leaders that include Xavier McKinney, Shyheim Carter, Trevon Diggs and Patrick Surtain II all back, next season is going to be entertaining.