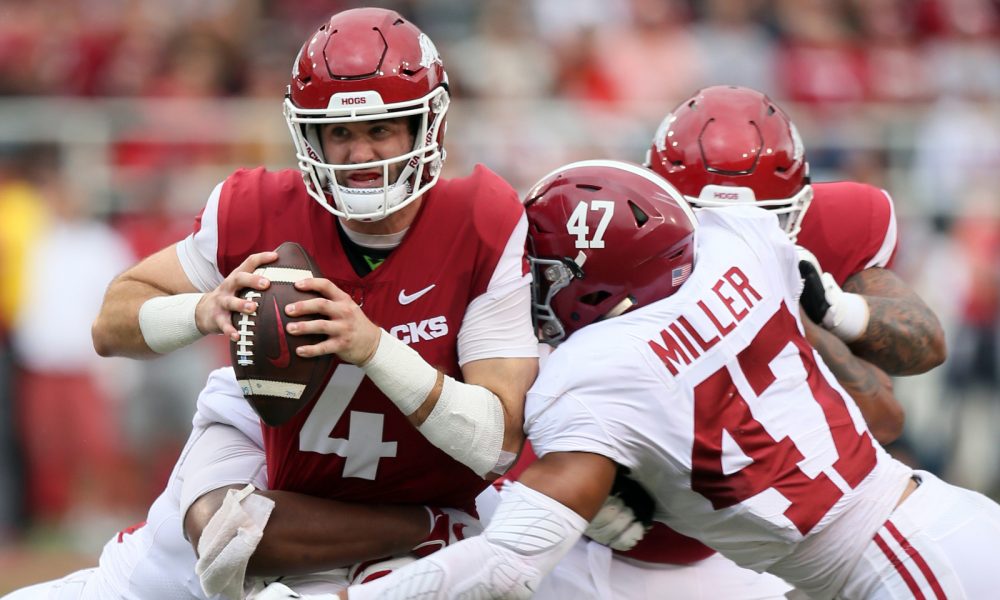 A hamstring injury held him back from his final game as a collegiate athlete at the University of Alabama, but outside linebacker Christian Miller will have everyone’s attention next week at the Crimson Tide’s Pro Day.

An edge-rushing specialist from Columbia, S.C., Miller turned in his finest season as a redshirt senior in 2018. The 6-foot-3, 247-pounder tallied 11.5 tackles for loss (fourth on team), 8.5 sacks (second on team), 12 quarterback hurries (shared team lead) and collected 36 total tackles.

According to Pro Football Focus, Miller was one of college football’s best pass rushers last season and is projected as one of the better “EDGE” players for the NFL Draft.

He finished among the top linebackers in the vertical jump, reaching 38.5 inches at the NFL Scouting Combine while posting a broad jump of 118 inches.

The former five-star decided to save everything else for an environment he can control. To get some last-minute work in, Corey Miller – Christian’s father and nine-year pro from 1991-99 – pushed his son through a couple drills on Wednesday to prepare him for scouts and the media that will be watching him.

Getting some final tuneup work in before #BamaProDay! Can’t coach this!!! @nflnetwork @NFLDraft @christianmillr pic.twitter.com/39J6yxqa14

He has been given a grade of 5.83 via NFL.com, which means “Chance to become NFL starter.”