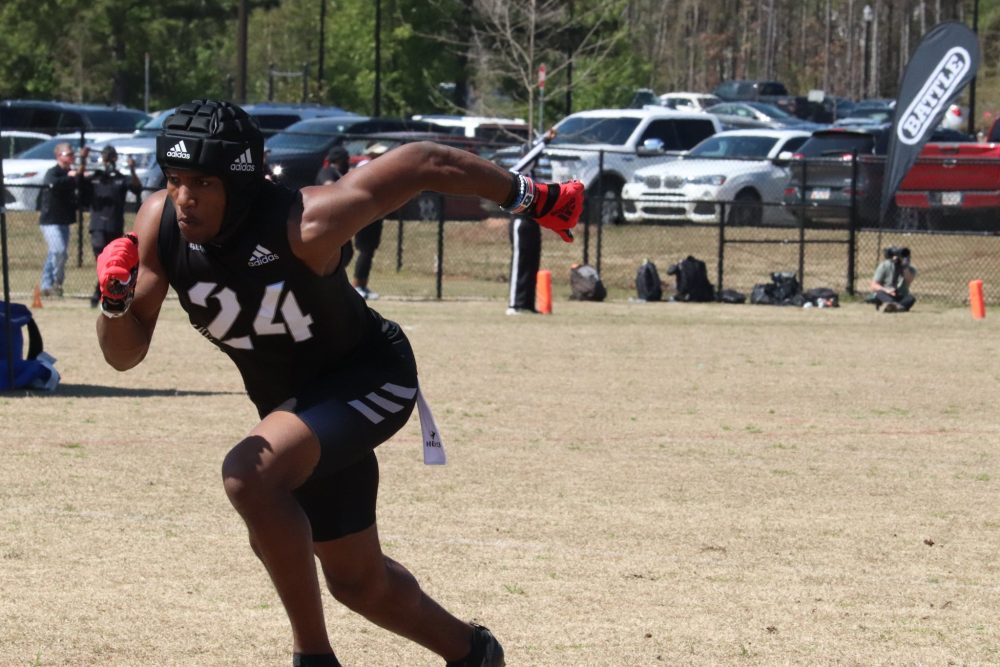 The Opening Regional will make Atlanta its home this weekend and several Alabama commits and targets will be featured.

Five of Alabama’s 2020 commits are expected to be in action on Sunday. Malachi Moore, Javon Baker, Javier Morton, Jah-Marien Latham and Jayson Elijah Jones will represent Alabama’s 2020 class. More than 25 recruits, who hold offers from Alabama, will also put their talents on display.

5-Star 2020 recruit, Arik Gilbert, of Marietta High School in Marietta, Georgia, will be one of the top-ranked recruits at the Nike Opening Regional in Atlanta. He is listed at tight end on the Opening’s roster but has the potential to play multiple positions at the next level. The Tide is considered one of the top teams in the hunt for his commitment.

The Tide will have two of their 2020 defensive back commits, Moore and Morton, in Atlanta, while plenty of their other defensive back targets will be on display. One of them is Kristian Story out of Lanett High School, who was once committed to Tennessee. Trenton Yowe, who has visited Alabama a couple of times, but does not have an offer, will be in attendance as well with his teammate and Alabama commit, Jones.

Jones and fellow Alabama commit, Latham, will attempt to leave their mark on the event along with some other big names among the defensive line group. Tim Keenan, Jamil Burroughs, Andy Boykin and Myles Murphy are other names to watch out for. They will face some stiff competition on the offensive side of the ball.

Alabama made the offensive line position a priority in the 2019 class and landed five guys. Although the Tide have no offensive line commit in the 2020 class, three of there targets will go through drills on Sunday. 3-Star offensive lineman, Javion Cohen, will represent the state of Alabama in this group. He released a top 7 this week and included the Tide.

Tate Rutledge and Paul Tchio will also compete on Sunday.

The offensive skill positions will also include their fair share of talent. Tide wide receiver commit, Javon Baker, will compete to be one of the wide receivers to advance to the finals. Eddie Williams and Kobe Hudson will join him. Throwing the ball to them with be Alabama quarterback target, CJ Dixon, out of Grayson High School and a handful of other great southeastern quarterbacks.

Alabama WR commit, @javondbaker7, with the circus catch. Was he in? pic.twitter.com/9kCLiE1sEw

Alabama’s 2020  commit, Roydell Williams, is not listed on the Opening’s roster, but some of the Tide’s RB targets are. Tank Bigsby, Jaquavious Marks and Deondre Jackson will compete on Sunday. Javonta Leatherwood, of Central High School in Tuscaloosa, is another name to watch for.

The linebacker group is sure to be deep with talent as well. Alabama targets, Quandarius Robertson, Phillip Webb and Jeremiah Alexander, are included in this loaded pool.

Touchdown Alabama Magazine will be on sight to cover all the action from the Nike Opening Regional in Atlanta. Stay tune for all the latest updates.

Who rises to help Xavier McKinney at safety for UA next season?
Nike Opening Regional live updates from Atlanta
To Top
%d bloggers like this: