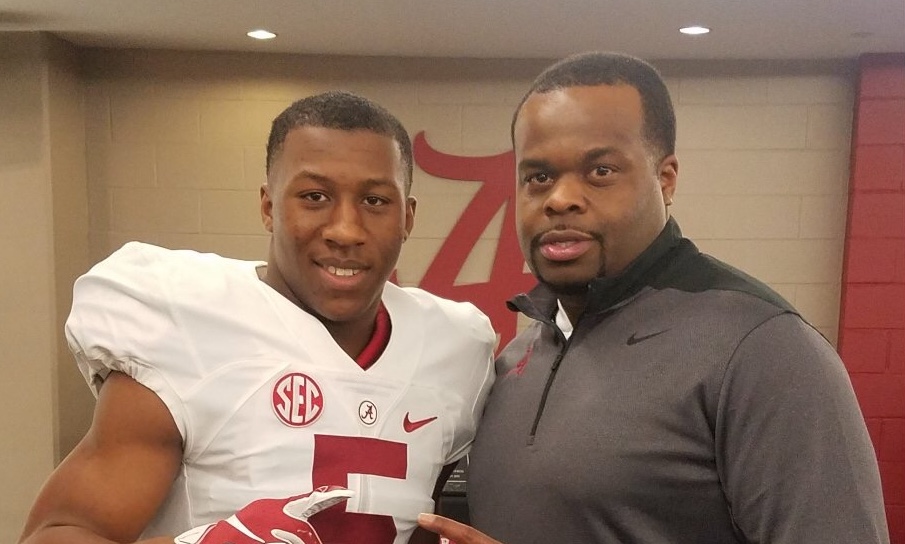 There are some talented running backs in the 2020 recruiting class and one plays walking distance from Bryant-Denny Stadium.

Javonta Leatherwood is a 3-Star running back out of Central High School in Tuscaloosa. He ran for  2,006 yards and 25 touchdowns in his junior season. His impressive junior stat line helped push his offer list to five with offers from UAB, Southern Miss, Troy, Middle Tennessee State and Ole Miss.

Leatherwood performed in the top percentile at the Nike Opening Regional Atlanta in March and caught up with Touchdown Alabama Magazine to discuss his experience.

“It was a great experience to come out to the opening to play against some of the top players in the world,” Leatherwood said.

The Crimson Tide hosted Leatherwood for junior day in February, but have not extended an offer to him yet. Suiting up and playing in the shadows of Bryant Denny has created hunger and desire in the Tuscaloosa native as playing for the Crimson Tide has always been and still remains a dream of his.

“An offer from Alabama would mean a lot,” Leatherwood said. “It has always been my dream school and where I want to go. The offer would feel special.”

The last Central High School product to suit up for Alabama was offensive lineman, Lester Cotton. Cotton played four seasons at the University of Alabama and started 28 games. He was signed as an undrafted free agent by the Oakland Raiders on Sunday.

There are signs Central could have another NFL product in training as Leatherwood is a player who sets and achieves his goals.

The 3-Star RB set a goal to surpass 2,000 yards before his junior season began. He surpassed his goal with explosive speed and great vision. His multiple 300 yards and 2 plus touchdown games help fueled Central to the 2018 5-A AHSAA playoffs.

Roydell Williams is currently the only running back verbally committed to Alabama in the 2020 recruiting class. After landing two running backs in the 2019 class, Alabama is expected to land multiple backs once again. Landing hometown product, Leatherwood, could be a steal for the Tide and a good story.

Saivion Smith and Others Should Have Listened to Saban. What an Undrafted Rookie Earns
BREAKING: Drew Sanders flips commitment to Alabama
To Top
%d bloggers like this: