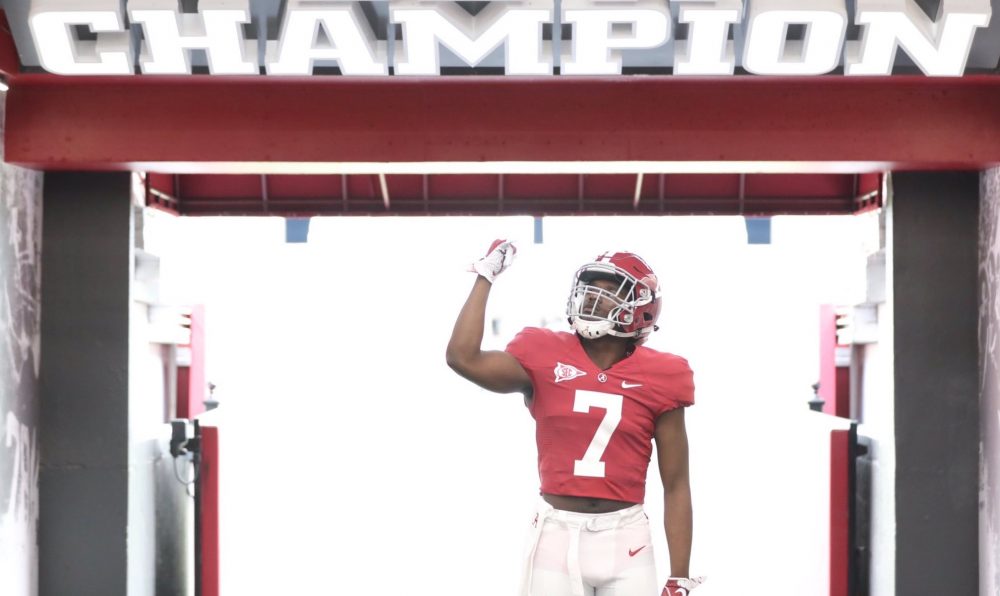 He will choose between the Tide, Tennessee and Penn State. He has expressed Alabama was his favorite in the past, but Tennessee has come on hard.

Bell is a product of Miami Carrol City High School in Hallandale, Florida,. A commitment from him would continue the trend of Alabama snatching elite wideouts from the state of Florida. Jerry Jeudy, Calvin Ridley and Amari Cooper are all natives of Florida and have all left their mark on Alabama football.

Alabama wants to add some depth to the wide receiver position in the 2020 recruiting cycle due to the possibility of losing Jerry Jeudy, DeVonta Smith and Henry Ruggs at the conclusion of next season. Bell has the attributes to make a huge impact at the next level. He is dangerous with the ball in his hands and knows how to turn small receptions into big plays.