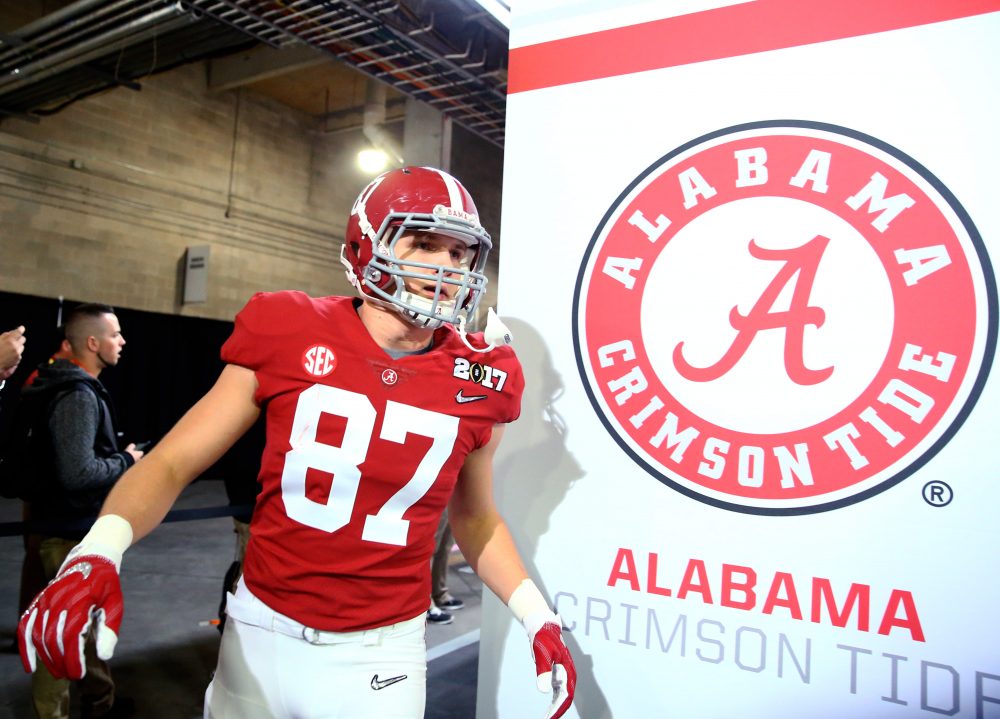 The honors keep on rolling in for the 2019 Alabama Crimson Tide as junior tight end Miller Forristall has joined the watchlist for the John Mackey Award. The John Mackey Award is given out to college football’s most outstanding tight end and has been awarded since the 2000 season.

The Cartersville, GA, native would be the first member of the crimson tide to win the award if all goes his way this season. He would also be the first SEC tight end to win since Arkansas tight end Hunter Henry back in 2015.

Entering his redshirt junior season, Forristall is slotted to be the starting tight end after the departures of Irv Smith Jr. and Hale Hentges. So far in his career, Forristall has appeared in 33 games with two starts along with six catches for 85 yards.

Forristall looks to provide a reliable big-bodied target for quarterback Tua Tagovailoa who can provide security in the late downs and be able to run the more physical routes in the passing game.