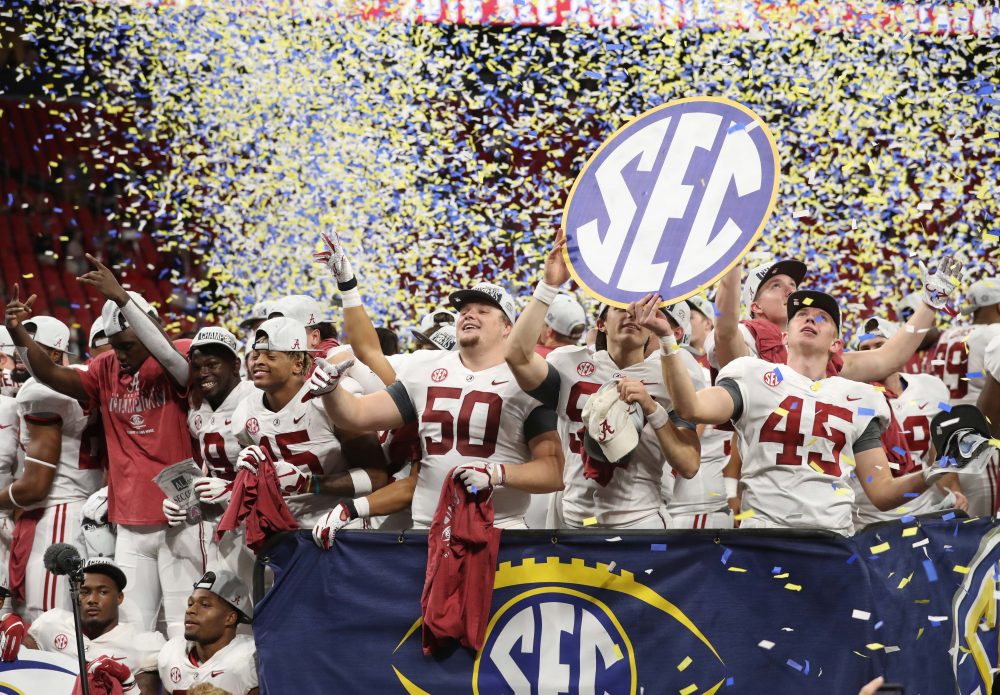 With SEC Media week officially wrapping up, the journalists attending the event voted on all-conference teams, standings and most importantly who will take home the SEC championship. To little surprise, Alabama was selected yet again to take home the conference crown.

The crimson tide received 203 votes to win the conference championship over the Georgia Bulldogs for the second straight season. Georgia came in second place with just 49 votes.

Alabama was also picked to win the SEC West division by garnering 1,813 points and 253 first-place votes with LSU coming in second with 1,493 followed by Texas A&M with 1,268 points.

But Nick Saban’s team was not done making noise today. The defending SEC champions set a record for first-team selections with a total of 12 members of the crimson tide predicted to make the teams. The previous record of 10 was also made by Alabama in 2017.

Since 1992 the media has only predicted the SEC champion correctly seven times including last seasons game. Alabama faithful will likely hope for the media to get on a hot streak in that department.

Check back for full All-Conference Teams and Standings.