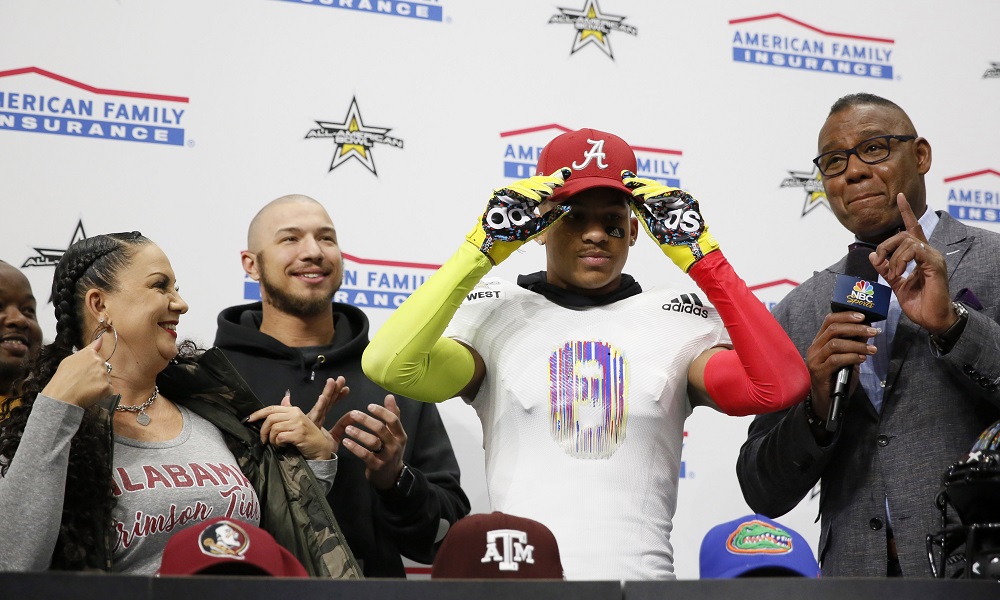 A recent video of Alabama freshman defensive back, Marcus Banks was shared on social media by his girlfriend that immediately went viral. Banks, who hails from Houston, Texas, was listed as a 4-star recruit by Touchdown Alabama Magazine.

The contents of the video showed Banks, decked out in Alabama gear, receiving a stuffed Big Al (elephant) and one of the last voicemails he received from his father before he passed last March.

When asked about the relationship between Marcus and his late father, Bobby Meeks, a source close to the two had this to say:

“An unbreakable bond even in his passing. He was extremely close to his father. Speedy aka Marcus was always with his dad. He was a teacher at Dekaney [High School] where Speedy graduated from. They were together ALL THE TIME! Even after he passed, Speedy would go visit his grave at least three times a week. Not being able to do that now that he’s at [Alabama], but having his dad’s voice at the press of a button is PRICELESS! His daddy was his calming factor in his crazy world of high school and during the beginning of his recruiting.”

The stuffed animal is but a small symbol, but the significance will hold a profound meaning for Banks as he continues to make his transition to the Capstone. Watch below to see the touching moment Banks had in memory of his father.

so many of y’all know my boo dad passed march of last year and was a huge part of his life. So today i got him a elephant with alabama football outfit cause that’s where he goes with one of the last voicemails his dad sent him after a football game..❤️ pic.twitter.com/TZi1q3KZRW