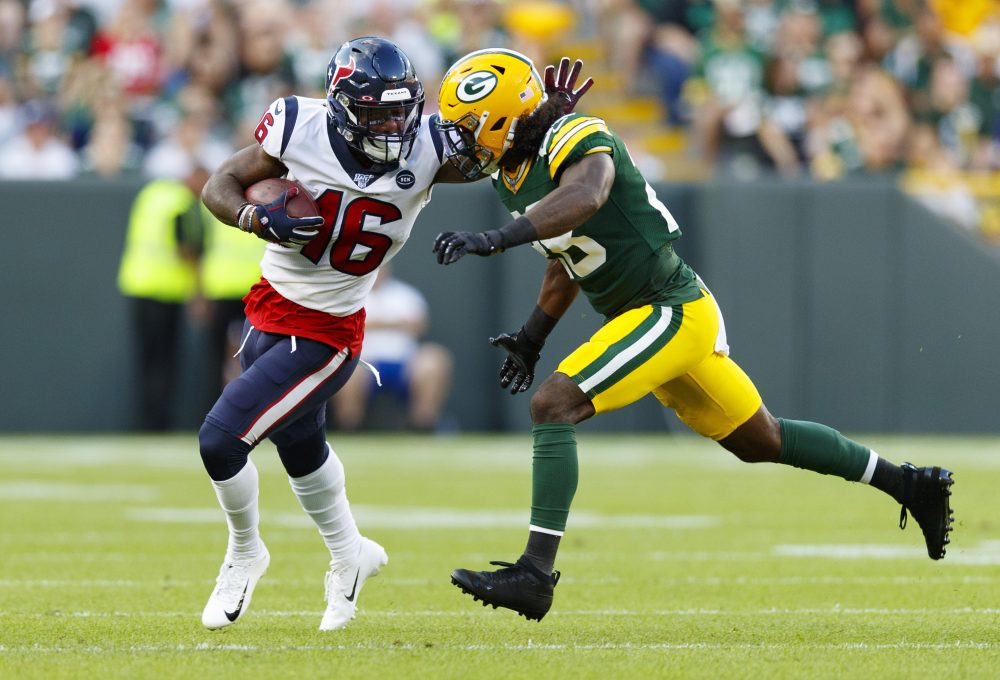 Tony Brown is one of those players who you will never forget, not only from his play on the field but also for whatever would come out of his mouth afterward. Although Nick Saban might have used some choice words to Brown at times there is simply one word that comes to mind when I think of the defensive back.

Whether he was bringing the thunder on kickoff or making interceptions that would make you question physics, Brown flashed potential to become an NFL corner. But come draft time most teams believed the negatives outweighed the positives as he signed with the Los Angeles Chargers as an undrafted free agent in 2018, and would later sign to the Green Bay Packers practice squad.

Despite having to move nearly halfway across the country, in just three weeks Brown was signed to the active roster where he saw action right away. Due to the injuries to the Packers secondary Brown appeared in 11 games and started three. Within that time he collected 34 tackles, five pass deflections and two forced fumbles.

This kind of production paved the way for Brown to be brought back to Green Bay but the Texas native isn’t taking anything for granted as he has established himself as one of the hardest workers on the team. And he’s even caught the attention of former MVP quarterback Aaron Rodgers.

“I love Tony,” said Rodgers after practice on Tuesday. “Tony is a great part of our locker room… He’s just got a great personality and brings a great energy to our team. I give Tony a lot of credit. I think he’s continued to improve his entire time being here. What a lot of people don’t see, and I’m going to brag on Tony here for a little bit, is when I’m leaving here some nights, Tony’s still working out. He’s still doing something back in the weight room or he’s watching something.

“He’s always working. This guy is here early and he leaves late – legitimately. Not like hyperbole of what it means to be a certain type of player in this league. I can vouch that Tony is usually the first one in here and one of the last to leave.”

It’s never a bad sign to gain the respect of one of the best quarterbacks in the league.

The former national champion is currently listed as the third corner on the depth chart and in the teams latest preseason, Brown started at corner and recorded two tackles in a 28-26 win over the Houston Texans.