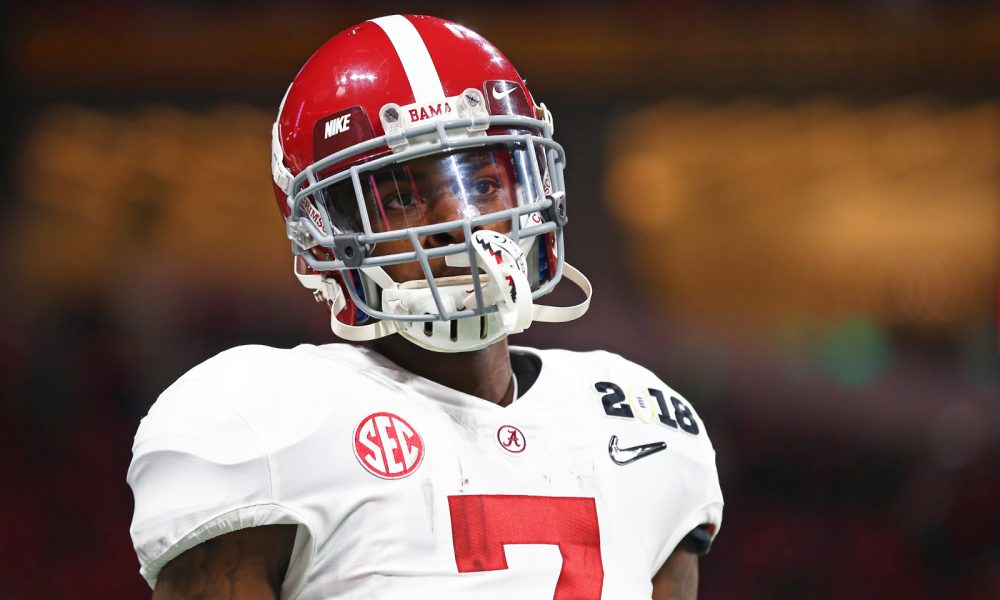 This is the money year for him.

Next year’s NFL Draft will be stacked at the cornerback position, but Trevon Diggs anticipates being better than the competition. He saw how important he is to Alabama’s secondary last season, as the Crimson Tide gave up huge plays to Georgia, Oklahoma and Clemson.

It lost in the College Football Playoff National Championship meeting to the Tigers, and it was due to Alabama’s back five being out of sync. Prior to sustaining a foot injury versus Arkansas, Diggs was one of the team leaders in tackles (20) and carried a team-high six pass breakups.

Once a four-star from Maryland, Diggs enrolled at Alabama as an elite athlete in 2016 and played at both wide receiver and corner. After becoming a full-time defensive back in 2018, Nick Saban has had Diggs working at corner and star (nickel) to develop his versatility.

The 6-foot-2, 207-pounder has big-play athleticism, length and ball skills and with experience surrounding him, this gives Diggs a chance to recapture what he lost.

According to Pro Football Focus, the site is high on him this season.

He finished third in the Southeastern Conference last year among players at his position for most forced incompletions in coverage (min. 25 targets).

CJ Henderson, Trevon Diggs and Kristian Fulton were all excellent at forcing incomplete passes. Eric Stokes was other-worldly playing the ball in the air. We expect big things from him this season. ⬇️

Diggs forced an incompletion 27.3 percent of the time, which puts him behind Kristian Fulton of Louisiana State University (29.3%) and Eric Stokes of Georgia (40%). The younger brother of NFL receiver, Stefon Diggs, was named to the 2019 Preseason All-SEC first team by the league’s coaches.

Along with displaying toughness, Diggs prides himself on matching the pass patterns of receivers and forcing quarterbacks to make perfect throws.

He trained all summer to prepare himself for this moment, and now Diggs is ready to assist a veteran secondary to a national championship and be a first-round draft pick.

Nick Saban, Alabama developing pass rushers for this season
Which Alabama players made ESPN’s preseason All-America team?
To Top
%d bloggers like this: