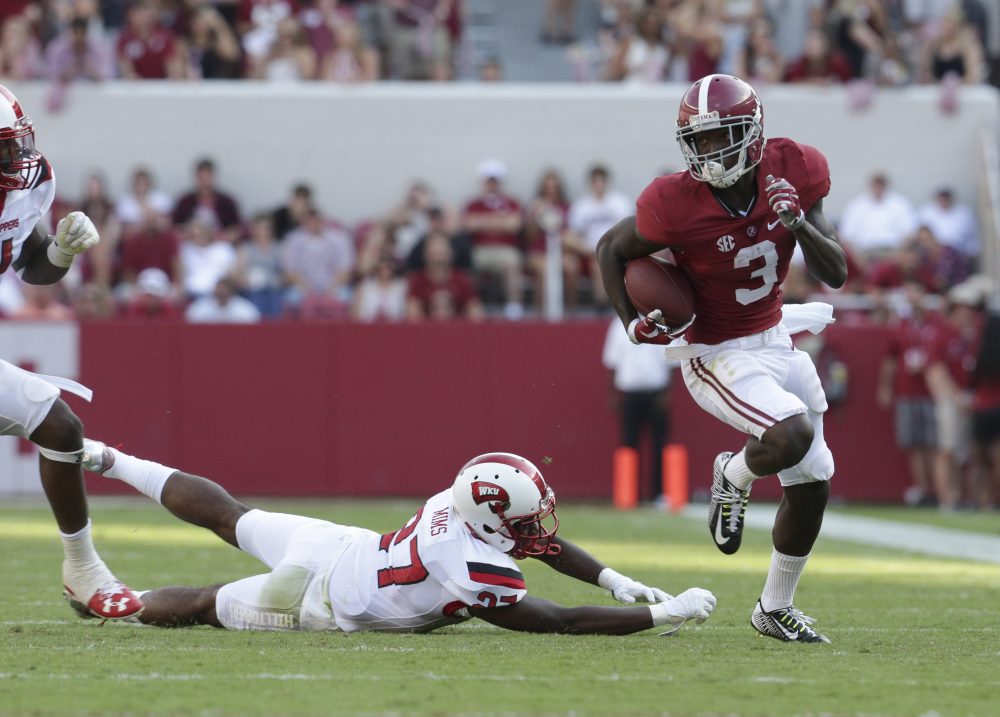 On Thursday it was announced by Western Kentucky that their football team has added a non conference game against Ohio State during the 2023 season subsequently pushing back their matchup with Alabama to 2024.

Alabama will now play Western Kentucky on Aug. 31, 2024, which will be the season opener for both of the schools.

Even after pushing the game back a season, Alabama will still have an impressive non conference schedule as the crimson tide host Texas and Central Michigan, while traveling to play South Florida. In 2024 Alabama will open with Western Kentucky, host USF and travel to face Wisconsin.

The crimson tide and hilltoppers have squared off as recently as 2016 where Alabama pulled off a 38-10 victory. Both schools have met a total of three times with Alabama winning all three.

Shyheim Carter praises Jaylen Waddle, shares how he learned UA’s playbook
Alabama wide receiver Jaylen Waddle to be even faster this season
To Top
%d bloggers like this: