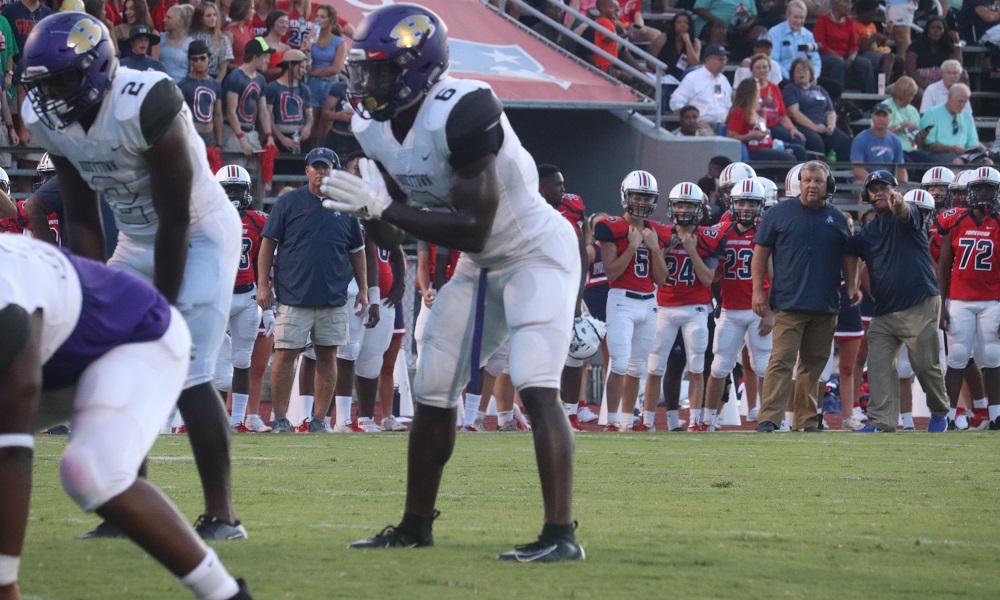 2020 4-star running back, Roydell Williams, got his senior season started on a high note with a three-touchdown performance in a 32-19 win for Hueytown High School.

The Gophers down the Homewood Patriots in their season opener. Williams led both teams with three touchdowns. One of Williams scores came in the air and the other two was on the ground.

Hueytown came out the gates moving the ball by using Williams heavily in their offense during their first drive. The 4-Star prospect lined up at quarterback and running back during Hueytown’s opening possession. The Gophers put their first points on the board on a run by Williams from the wildcat quarterback position.

Homewood responded quickly with a quarterback scramble from 2020 quarterback, Pate Owen. It did not take long for Hueytown and Williams to answer Homewood’s score with a score of their own off of a receiving touchdown from Williams as he caught the ball out of the backfield and let his feet do all of the work.

The Patriots would kick a field goal to cut Hueytown’s lead down to three in the second quarter but will come to regret leaving time on the board for Hueytown to mount a scoring drive in the closing seconds of the second quarter. The Gophers found the endzone on a passing touchdown to go up 20-11 going into halftime.

The Gophers would also start the scoring of the second half with another passing touchdown to go up 26-11. Homewood would cut into the Gophers lead with another score, but a 70 plus yard rushing touchdowns by Williams would shut the door on Homewood, which is a score Williams said he did not see coming

“It felt great,” Williams said “My adrenaline was rushing, The crowd was yelling. I was not even expecting it. I had a fumble before then. I had to fight through adversity right there.”

After an impressive performance, Williams does see some room for improvement after a couple of fumbles haunted him on Thursday night.

“I want to work on my ball-handling and having quick feet,” Williams said. “Also following my guard and blocks. I get kind of out of my mind when I see some then it is not really there.”