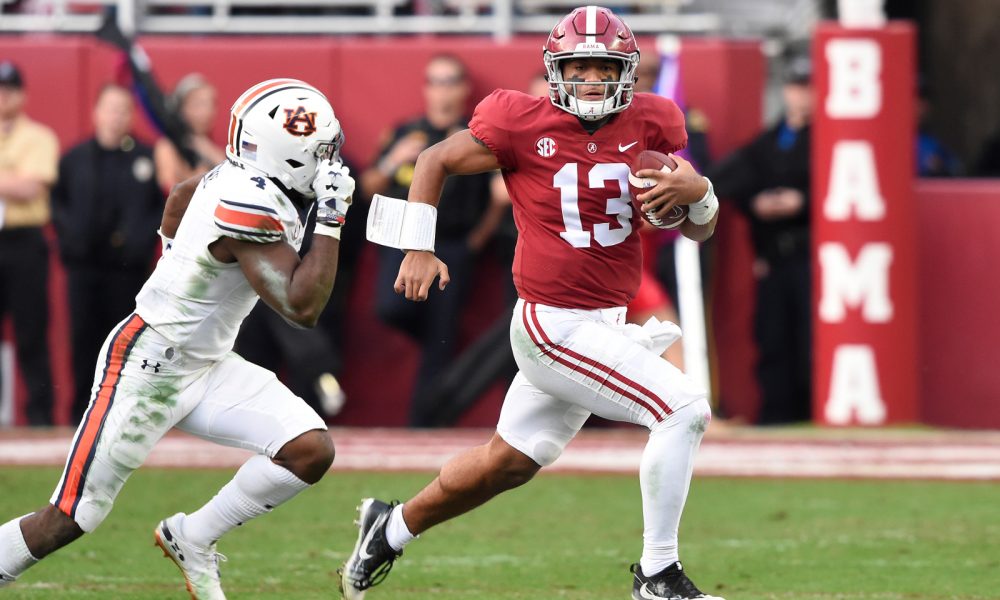 The wait is (almost) over! With a little over a week to go before the start of the regular season, we asked professional handicappers from WagerTalk and SportsMemo to offer their best bets involving Alabama. Yes, one of them is an Auburn alum and it won’t be tough to figure out who that one is.

A number of the handicappers focused on future contests like the Tide’s upcoming games with Mississippi State and Texas A&M. You may be asking, “How do they know the point spread for a game that’s two months away?!” A number of sports books put out Game of the Year odds (some as early as May), where you can bet on high-profile games several months in advance. So these odds are widely available in the sports betting marketplace.

Without further ado, here are the best bets for the 2019-20 Alabama football season…

Dwayne Bryant – Alabama -34 vs. Duke – I’m looking at laying the points with Alabama over Duke in Week 1, up to -34.5. Alabama has been a fast starter under Nick Saban, going 12-0 straight-up and 11-1 against-the-spread in Week 1 (including 6-0 straight-up and 5-1 against-the-spread as a favorite of -21 or more). Duke will be breaking in a new quarterback now that Daniel Jones is in the NFL, which could lead to Duke being one-dimensional in this one (or turnovers leading to scores and/or a short field). You can’t be a one-trick pony against an elite program like ‘Bama.

Tony Finn – Alabama -21 vs. Mississippi State – The veteran-savvy and five-star talent-rich Tide are equipped to put blinders on and earn victories in hostile conference territories. Coach Moorhead and his staff need another year to recruit and employ the skill set of players to excel in his offensive scheme. The 2018 ‘Dogs defensive line that led the nation in yards-per-play-allowed are now getting paid to play in the NFL. Saban, Tua and the Tide easily win and cover the oddsmaker’s number in Starkville.