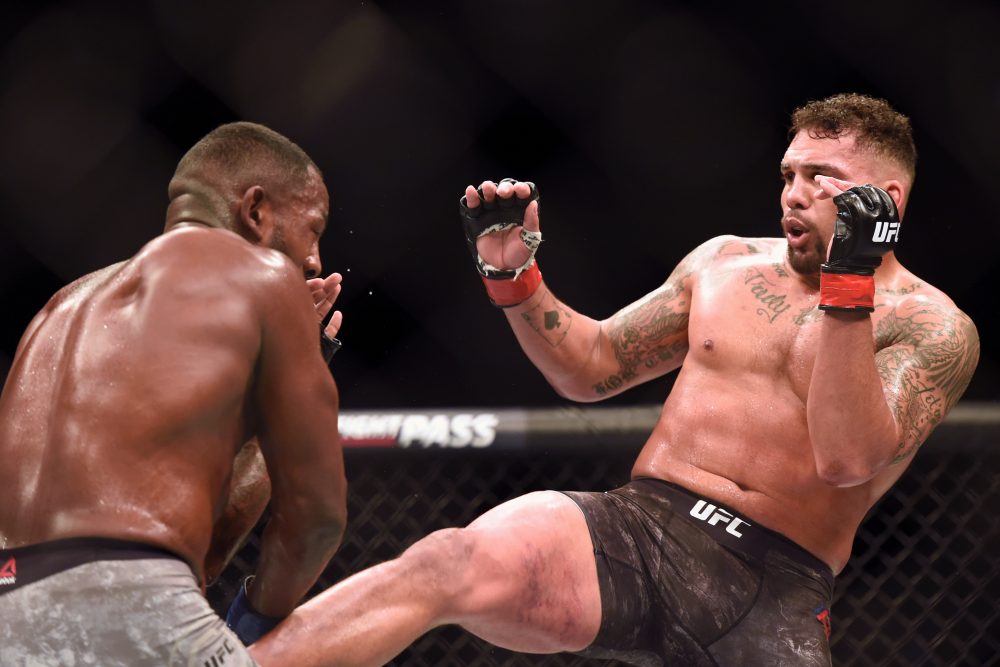 The Alabama family truly stretches across all lands and sports.

It was announced on Tuesday that former Alabama linebacker and current UFC fighter Eryk Anders will make his return to the octagon as well as a return to the middleweight division.

Anders who has worked as a light heavyweight over his past two fights will make his return at UFC Fight Night 161 in Tampa, Florida, on Oct. 12 where he’ll be going up against Gerald Meershcaert.

The last fight Anders fought in was a knock out win against Vinicious Moreira at 1:18 during the first round.

It has been a little while since Anders had to fight as a middleweight for his last match was a split decision against Elias Theodorou. The former Alabama linebacker owns a 12-4 record in pro mixed martial arts and a 4-4 record Ultimate Fighting Championship record.

During his time at Alabama (2006-09), Anders was apart of Nick Saban’s first national championship team where he caused a fumble against Texas quarterback Garret Gilbert on the Longhorns’ 3 yard line during a 24-21 game.

Anders had a team high seven tackles during the 37-21 win in the championship which helped launch the Nick Saban dynasty we know today.