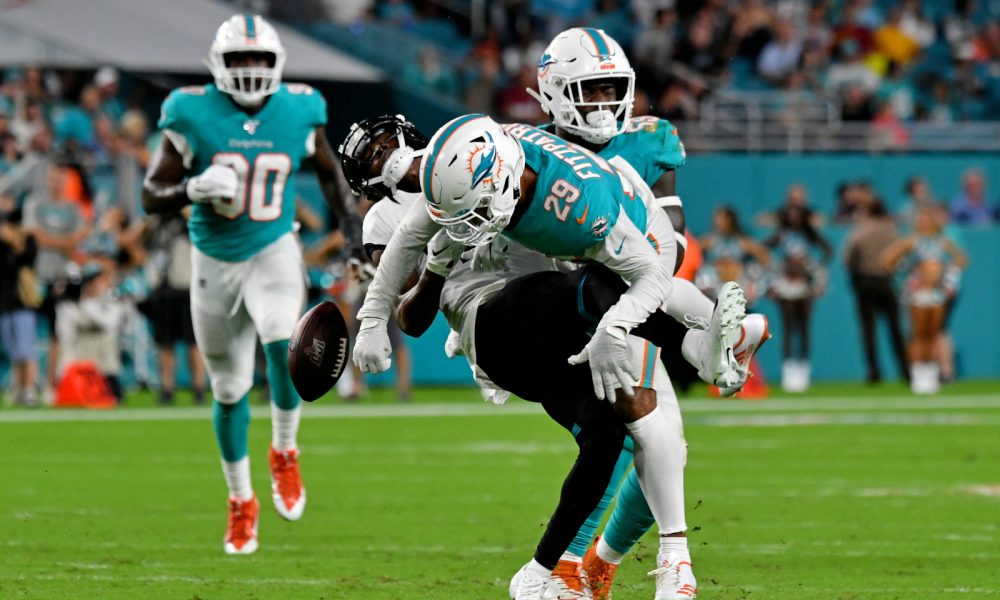 So much for the report on him struggling to play different positions.

Minkah Fitzpatrick mastered the term “versatility” in three years at Alabama. He was recruited to be a cornerback in the 2015 class, but Nick Saban had the former five-star at star (nickel), free safety and money (dime back/linebacker).

The New Jersey native excelled at each role and turned in a career that had 171 total tackles – including 16.5 for loss and five sacks.

His intelligence and ball skills set him apart as one of the smartest players of the Saban era, seeing how he recorded nine career interceptions.

Fitzpatrick was twice named All-American and first-team All-Southeastern Conference in 2016-17.

He won both Chuck Bednarik and Jim Thorpe awards, before getting selected in the first round (No. 11 overall) of the 2018 NFL Draft to the Miami Dolphins. After posting 80 tackles, nine pass breakups and two interceptions in his rookie season, Fitzpatrick is about to prove why his diversity makes him a coveted pro athlete.

Regardless of him not being a true strong safety, he’s willing to try any spot.

People knew him as the man with ball skills; however, Thursday’s preseason matchup versus Jacksonville gave fans a view of the Dolphins’ second-year delivering crushing hits.

Dede Westbrook, an alumnus of the University of Oklahoma, is still probably seeing stars after Fitzpatrick unloaded on him.

The 6-foot-1, 207-pounder came underneath on a route and drilled Westbrook to the ground.

😳 Minkah with the hit stick!#JAXvsMIA

His efforts in run support were just as impressive, as he held Leonard Fournette (27 yards) and the Jaguars to 67 yards rushing.

Fitzpatrick helped the Dolphins to a 22-7 victory and its second preseason win.

While it looks to get some players back healthy, Miami has a player in Fitzpatrick who is more than willing to help the team at any position.

He will be someone to watch this season.