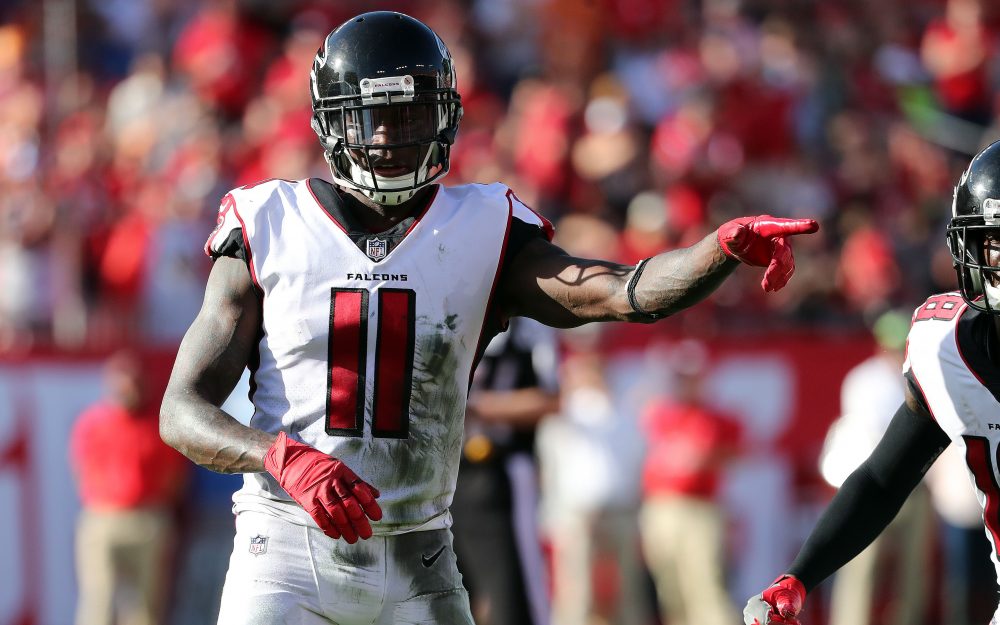 Atlanta and Pro-Bowl WR Julio Jones just reached agreement on a landmark three-year, $66 million extension that includes $66 million guaranteed – $64 million of which is due at signing, sources tell @mortreport and me. It ties together the two sides for the next five seasons.

Jones had 113 receptions for 1,377 yards and eight touchdowns on last season. The Falcons picked Jones No. 6 overall in the 2011 NFL draft.

Schefter also said 97 percent of Jones’ three-year contract extension is guaranteed. The previous high was 74 percent for a non-quarterback.