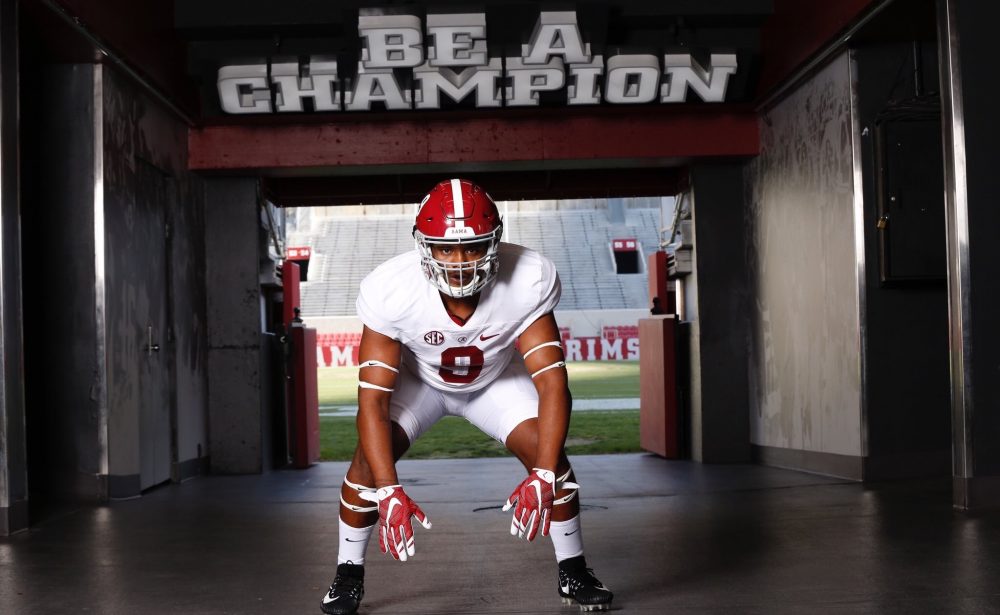 2020 4-Star linebacker, Jordan Banks, is possibly looking at announcing his commitment in November, according to a post he made via Twitter on Monday.

Banks is a product of Narbonne High school in Harbor City, California. The Tide were included in Banks’ top four in July after he visited  Tuscaloosa for an unofficial visit in June. Washington, Oklahoma and Ohio State rounded out Bank’s top four,

All four schools still look to be in the mix headed into what could be the final stretch of Bank’s recruitment. The California prospect has his official visit to Alabama set for Nov. 9, which is the same weekend the LSU Tigers come to Tuscaloosa to take on the Tide

A commitment from Banks could be huge for Alabama as they want to make sure they stack up at the linebacker position in the 2020 recruiting cycle.

At 6-1 and 225 pounds, Banks has the frame to play inside linebacker in the SEC. The 4-Star recruit also has experience at rushing as a down defensive lineman and off the edge.

The possibility of early playing time at the linebacker position is one of Alabama’s biggest recruiting tools at the moment and they are pushing to add some more linebackers to their 2020 recruiting class. A good official visit for Banks could have him headed to Tuscaloosa in the future.