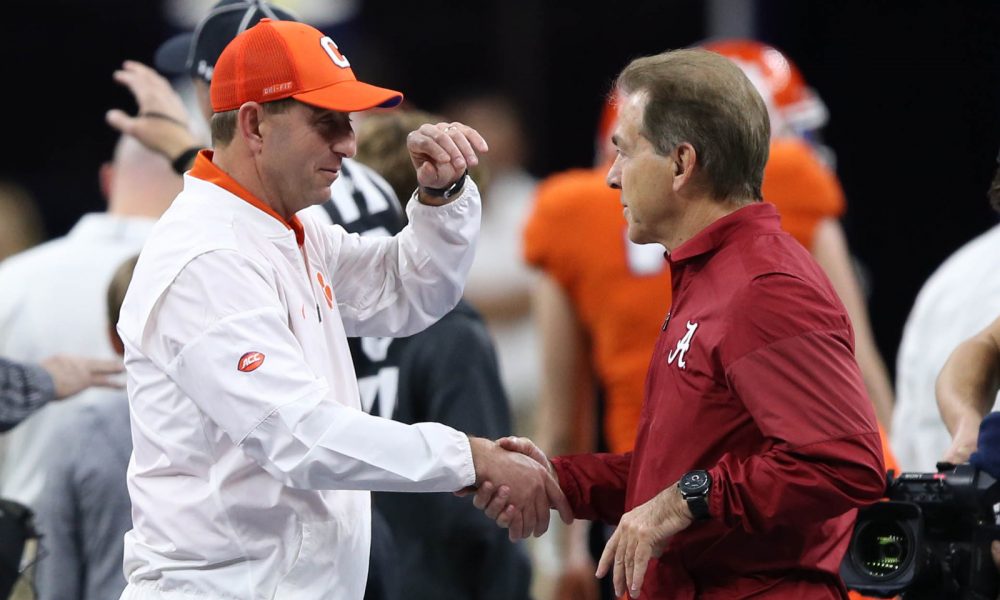 The one-sided war of words from Clemson coach, Dabo Swinney has not stopped, and don’t appear as the head man once again threw shade at the Crimson Tide.

Related: Dabo calls out Alabama on whose schedule was tougher in 2018

This same Citadel team had a record of 5-6 in 2018, which included losses to Furman and UT Chattanooga. While the Tide did struggle in the first half, The Citadel proved to be no match as Alabama ripped off four touchdowns in the third quarter, silencing any thought of an upset and ending the contest with a 50-17 victory.

While it is plausible the Tide was not pumped to face The Citadel at 11:00 am with an ailing quarterback, the notion that The Citadel was viable competition is amusing.

The Tide is hoping to get back to the CFP Championship to redeem themselves after a 44-16 drubbing by the Clemson Tigers earlier this year. These comments from Swinney only add more bulletin board material for a team not lacking motivation.

Despite some disappointment from social media, UA’s defense is holding its own
WATCH: Henry Ruggs talks about his mindset when catching slant routes
To Top