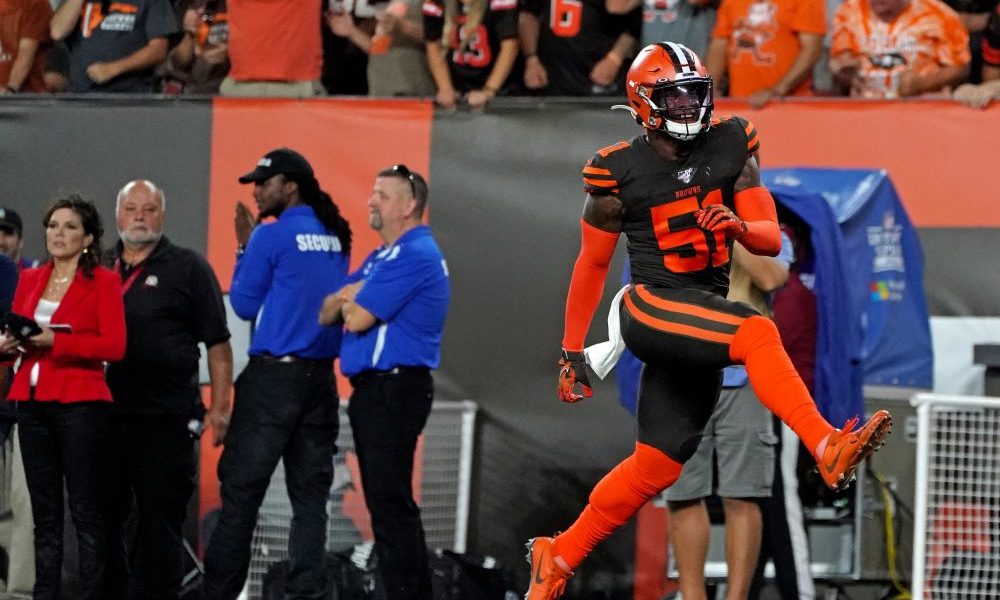 Since the Cleveland Browns began training camp one of the rookies who’s consistently been a standout has been linebacker Mack Wilson. Not only did he turn heads in practice, but also carried his success over to the team’s preseason games. Well Wilson’s hard work was rewarded on Sunday, as he started in place of an injured Christian Kirksey against the Los Angeles Rams.

This was no small task for the defense let alone a rookie making his first start ever. But Wilson was able to play under control and turned in a really solid performance.

Wilson was all over the field throughout the contest making plays in coverage and in the run game. The former Alabama linebacker finished the game with five tackles and nearly recorded his first career interception.

The team ultimately lost the game 20-13 as the Browns offense was stopped deep inside the Rams territory.

“That was a hard loss. That one hurt,” said Wilson. “We’ve just got to go see things that we messed up on and go back to the drawing board, keep working, keep getting better.”

Wilson also took the time to praise his injured teammate as he has helped bring him along during his first year in the league.

“When I was out there tonight, I was just thinking about Kirko(Christain Kirksey), how hard he played, all the passion that he played with,” said Wilson. “I just (applied) that to my game and went out and tried to compete every play.”

Makes his first start ever, helps hold the Rams offense to 20 points and shows love to his mentor after the game. Not to shabby for a fifth round pick.

How Henry Ruggs got Christian Harris to focus on football at Alabama
2021 wide receiever, Troy Stellato, reacts to Alabama offer
To Top
%d bloggers like this: