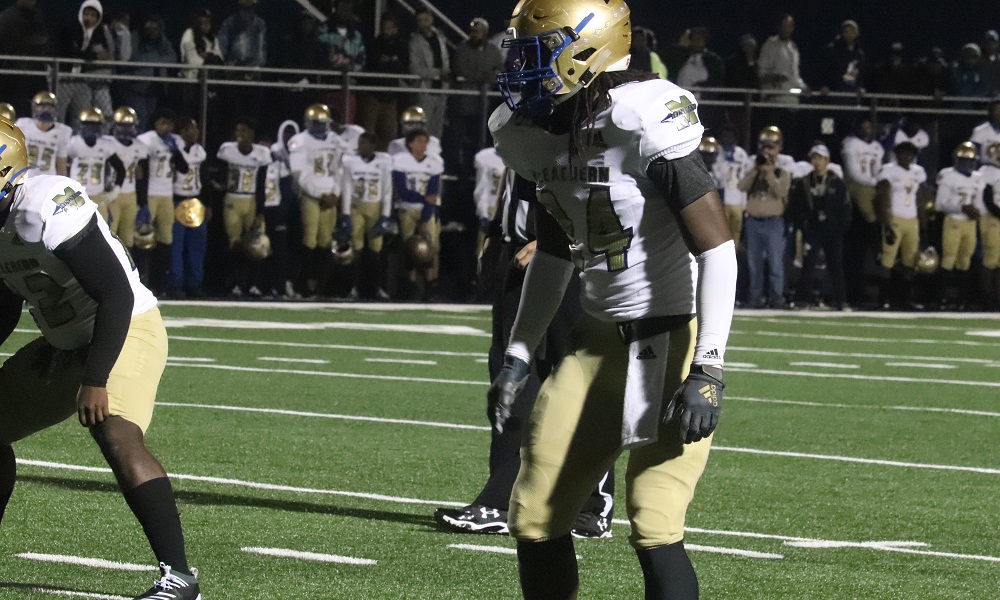 2021 athlete, Chief Borders, made a return trip to Alabama to experience a game day in Tuscaloosa for the first time.

Borders was on campus for the Tide’s matchup with the Tennessee Volunteers on Saturday.

The Georgia product currently lines up for McEachern High School, which is the same high school Alabama commits, Jamil Burroughs and Javon Baker, attend. The 2021 recruit currently has 24 Division 1 football offers and is one of the top prospects in the 2021 recruiting class. Borders said he feels his visit to Tuscaloosa was a beautiful experience.

RELATED: Watch: Jamil Burroughs feels Alabama will get him where he wants to be in life

“It Was Beautiful,” Borders said. “My family and I had A remarkable time there. I got to chop it up with all the coaches and finally experience that game day feeling In Alabama. It Was Beautiful”

McEachern currently uses Borders at linebacker and several more positions. At 6-5 and 228 pounds, there are plenty of positions Borders could play at the next level. The Tide’s staff sees him a recruit, who could play both sides of the ball.

“They like me at outside linebacker and they also love my athleticism at wide receiver,” Borders said.

Due to the possibility of Borders possibly playing multiple positions at the next level, several members of Alabama’s staff spent time talking to Borders.

The Tide’s 2021 class sits at two verbal commits at the moment with verbal commitments from 4-Star recruits, Drake Maye and Latrell McCutchin. Nick Saban likes to add players, who could possibly play multiple positions and Borders fits that mold. Alabama looks to be in a good position with him at the moment, but several other schools will continue to push for the lengthy athlete.

Does the latest injury to Tua Tagovailoa affect his draft stock?