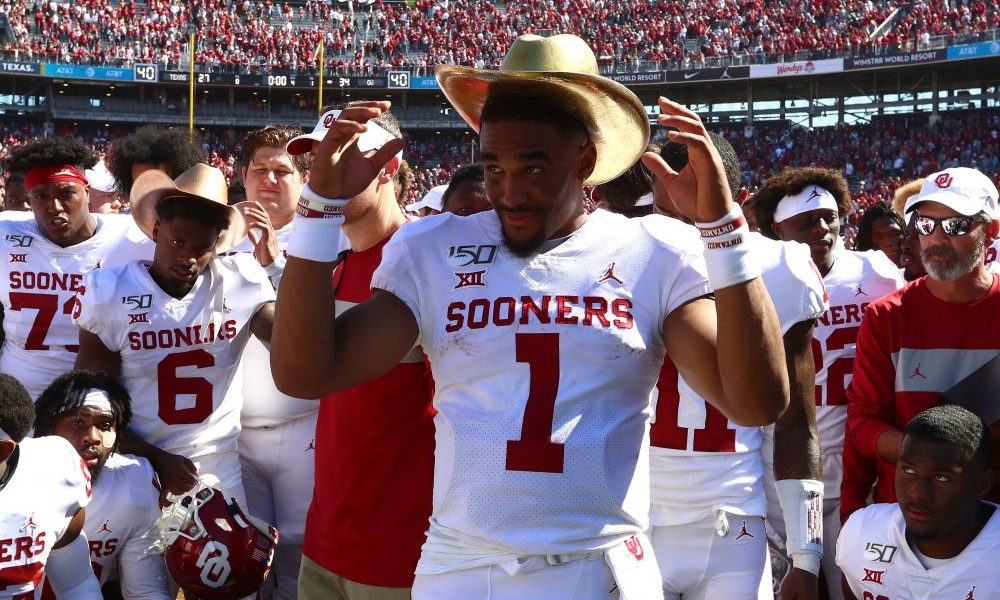 Even at Oklahoma, Jalen Hurts still knows the importance of a win over Tennessee. The former Alabama quarterback decided to join in on the long-standing tradition of Crimson Tide fans and players following the game.

Hurts decided to show love to his former teammates by sharing a video which was posted too Twitter by redshirt junior outside linebacker Terrell Lewis.

When at Alabama Hurts posted a 2-0 record as a starter with 370 passing yards, five total touchdowns and a 62.5 percent completion percentage. Alabama has now won its last 13 games against the Volunteers who’s rivalry with the Crimson Tide dates as far back as 1903.

The cigar tradition isn’t quite as old as the matchup as it first started in 1961 when a Tennessee grad who worked as an Alabama athletic trainer lost a bet on if Alabama would end its seven-game drought against Tennessee at the time. The loser apparently had to dance nude in the locker room but did so while smoking a cigar.

You can’t make this stuff up.

Alabama offers No.1 long snapper, Jonathan ‘Rocco’ Underwood
Does the latest injury to Tua Tagovailoa affect his draft stock?
To Top
%d bloggers like this: