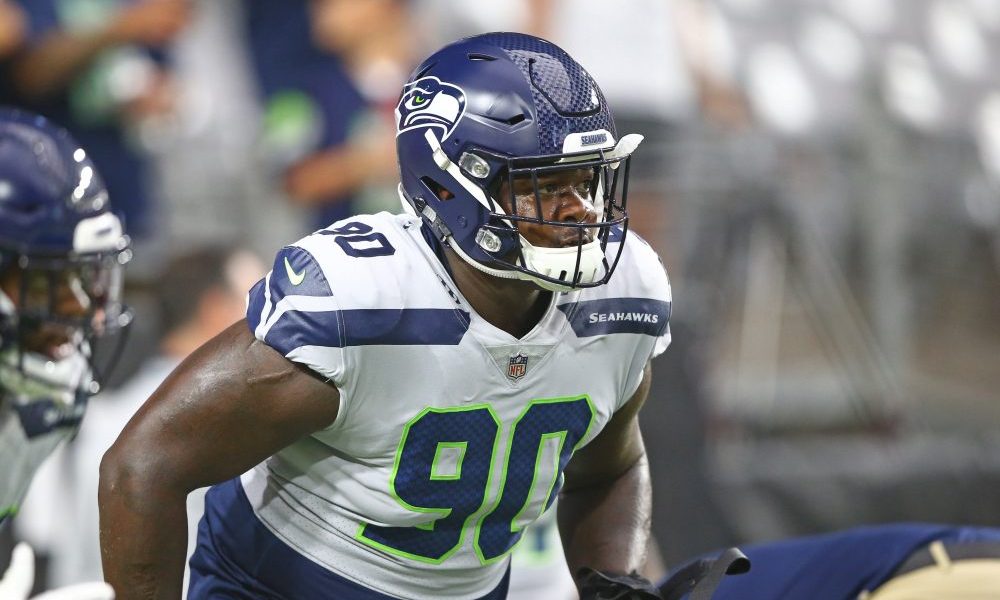 After missing the first six games of the season due to suspension, Seattle Seahawks defensive tackle Jarran Reed is beginning to return to form. Seattle went up against the undefeated San Francisco 49ers on Monday Night football and struggled offensively to start the game.

San Francisco boasts one of the best defenses in the entire NFL and was able to hold MVP candidate Russell Wilson in check for most of the game. But with three minutes left before halftime, the former Alabama defensive tackle took things into this own hands.

Jarran Reed forces and @Clownejd takes the fumble to the house! #Seahawks @1j_reed

After slipping past center Weston Richburg, Reed brought down quarterback Jimmy Garoppolo, jarring the ball loose in the process which was picked up by teammate Jadeveon Clowney for Seattle’s first score of the game.

Reed’s forced fumble gave the team a bit of a boost right before the half which carried over for the rest of the game. Seattle’s pass rush had a big impact on Garoppolo as the defensive front hit him 10 times and sacked him 5 times.

Reed also had a hand in slowing down San Francisco’s running game which is also the best in the NFL. As a team, the 49ers average 161.8 rushing yards per game and the Seahawks’ defense held the team to just 87 yards and no rushing touchdowns.

Seattle ended up winning the game in overtime, handing the Niners its first loss of the season. Reed finished the game with four tackles, 1.5 sacks and a pass deflection.

This was by far Reed’s most productive game this season as he now has four games under his belt following the suspension. After an extremely successful 2018 campaign where he totaled 50 tackles and 10.5 sacks, Reed is looking to continue this type of production as will be searching for a new contract this offseason.

WATCH: Jared Mayden on facing his younger brother this weekend
WATCH: Tua Tagovailoa returns to practice in a limited capacity
To Top
%d bloggers like this: