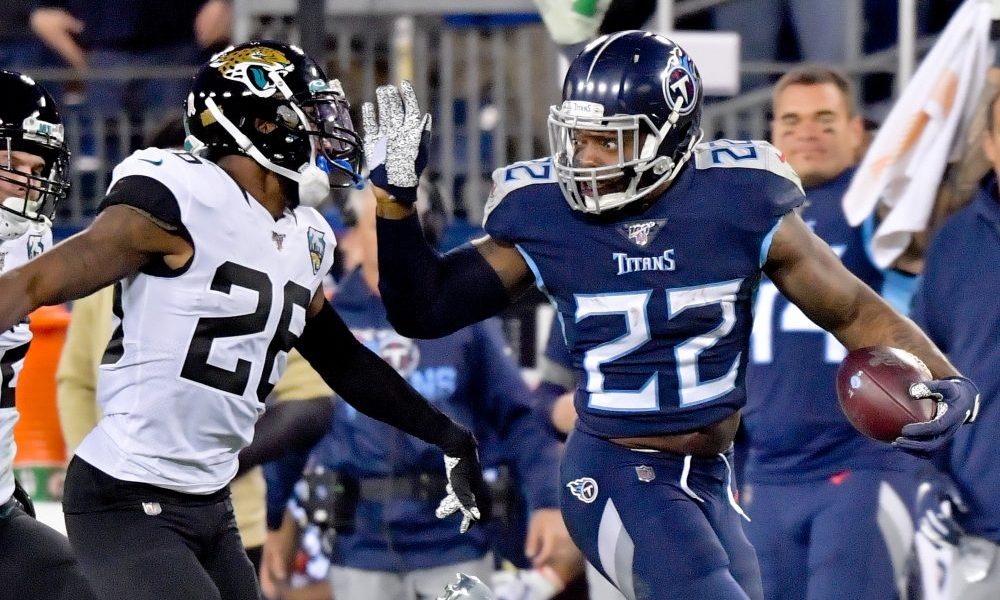 Henry, who was Alabama’s second Heisman trophy winner, was also in the middle on an interview when Bates walked by with his speaker blasting the iconic call from the late Rod Bramblett which will forever be ingrained in the rivalries history.

Rivalry Week is in full effect 😂😂

Unfortunately for Henry, he was apart of that particular game where Auburn’s Chris Davis ran back the missed field goal for the win.

Henry did look a bit annoyed for a second said that there has been trash talk between the two “everyday.”

Bates has been active with his Alabama hate all week as he has poked fun at this teammates during interviews and even on the practice field.

As much as Henry would like to retaliate in Bates’ antics he seems to have a different approach to the matter.

“We’ll see after Saturday how he feels,” said Henry during his interview.

Since leaving Alabama following the 2015 season Henry has been developed into one of the NFL’s top running backs. This season Henry is just nine yards away from posting back to back 1,000 rushing yard seasons as he currently has 991 and 10 touchdowns. In his career Henry has ran for 3,284 yards, 32 touchdowns with an average of 4.6 yards per attempt.

CFP hopes for Alabama hinge on performance versus Auburn
Alabama commits predict Iron Bowl
To Top
%d bloggers like this: