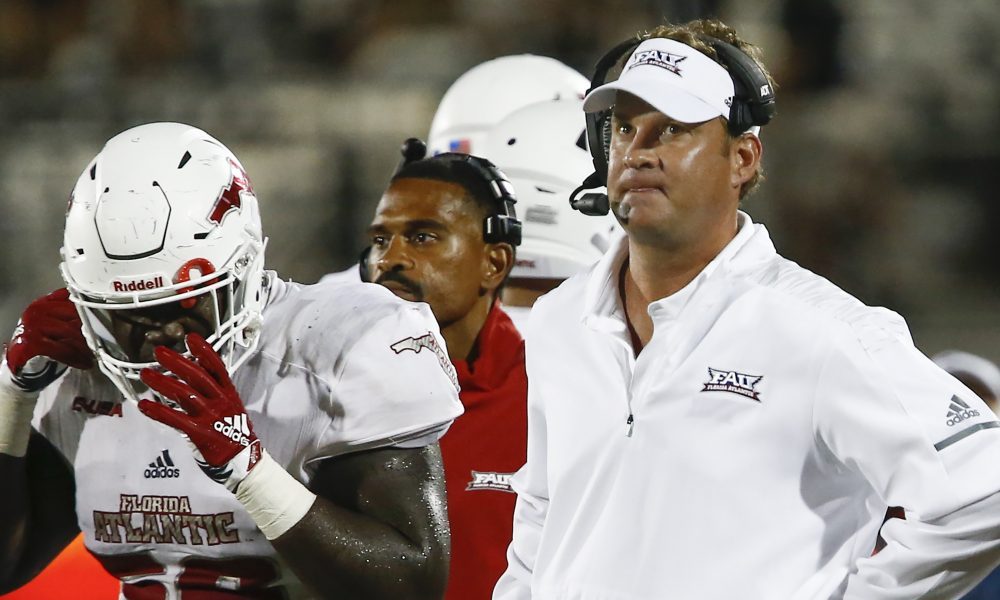 Just like many former Nick Saban assistants, it’s only a matter of time before they are offered high profile head coaching jobs and Lane Kiffin’s situation was no different.

It was announced today that Kiffin, a former Alabama offensive coordinator, and Florida Atlantic head coach is finalizing a deal to become the new head coach of Ole Miss. If everything goes accordingly Kiffin will be the third head coach in the last five years to take the reigns of the Rebels program after the firing of Matt Luke following a loss to arch-rival Mississippi State in the Egg Bowl.

Kiffin’s career has undergone quite the resurgence over the past six seasons. After getting fired by USC 2013, Kiffin became the offensive coordinator for Alabama where he was instrumental in integrating new offensive schematics into the program. In 2014 Kiffin was named as a finalist for the Broyles Award which is awarded to college football’s top assistant coach.

From 2014-17 Kiffin helped the Crimson Tide get to three college football playoffs and helped win a national championship against Clemson in 2015. But in typical Kiffin fashion, his departure from Alabama included a bit of drama after he left the team following a playoff win over Washington and left the play-calling duties to now offensive coordinator Steve Sarkisian.

It was never made clear as to whether he was fired or made the decision to step down himself, but he had already taken a head coaching job with FAU who he was able to help put on the map. At FAU, Kiffin led the Owls to two first-place finishes in the Conference USA East division and a win in the Boca Raton Bowl. At the end of his tenure with FAU Kiffin had an overall record of 0-0 with a conference record of 18-6 in his three seasons.

Kiffin will likely inherit quite the project as multiple members of Ole Miss have already entered the transfer portal following the departure of Luke. But Kiffin’s name alone may be attractive enough to lure some of those players back and maybe even nab a couple of high profile recruits.

﻿
A Georgia win in the SEC Championship is good for Alabama football
WATCH: Nick Saban shows off dancing moves on busy recruiting weekend
To Top