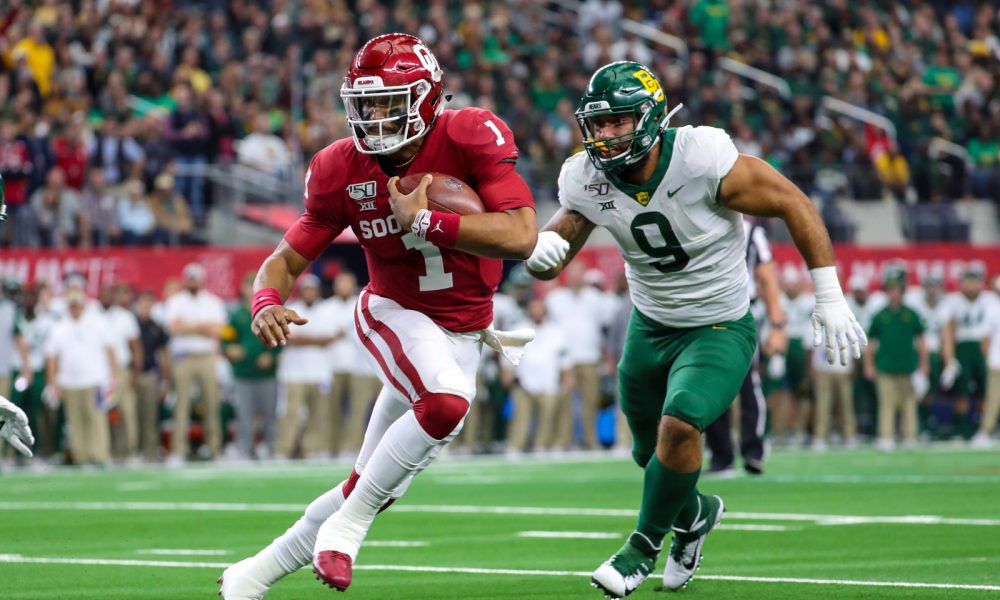 He is going to New York City.

It will be interesting to see who wins this year’s Heisman Memorial Trophy, but Jalen Hurts has been selected as one of four finalists for the honor.

A former Alabama standout that’s now at Oklahoma, Hurts has already made history in becoming the first quarterback of the College Football Playoff era to start for two schools in the CFP.

He guided the Sooners to a Big 12 Championship over the weekend and looks to win a national championship as a starter.

According to a tweet from the Heisman Trophy Trust, Hurts joins Joe Burrow (LSU), Justin Fields (Ohio State) and Chase Young (Ohio State) as finalists. The native Texan captains one of college football’s top scoring offenses (43.2 ppg), while he accounts for 51 total touchdowns.

Congratulations to the 2019 Heisman Finalists! pic.twitter.com/X59a6OpbyF

With the presentation of the Heisman coming on Saturday, it will be a photo finish in terms of votes yet Hurts does have the strongest narrative.