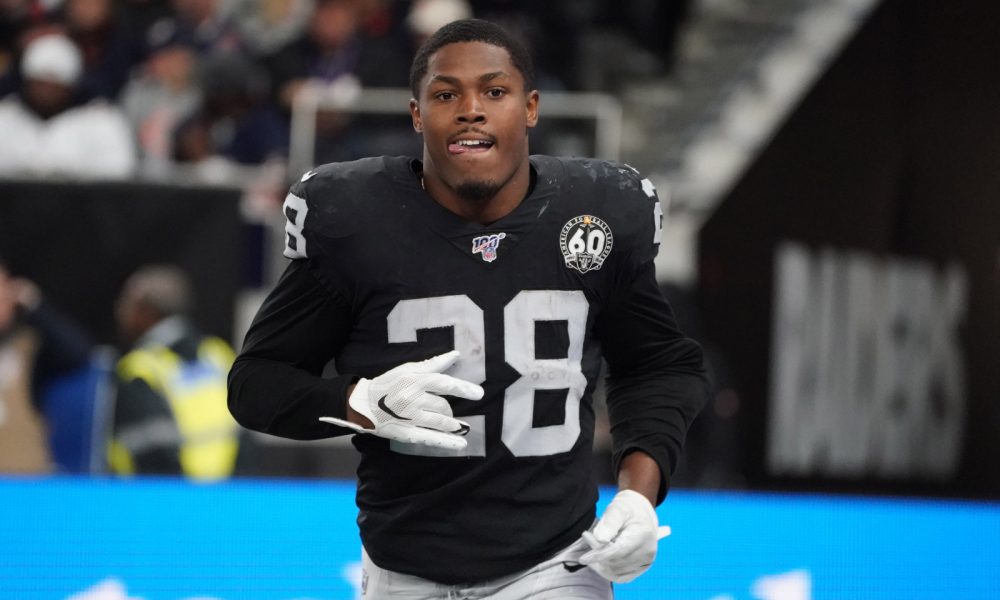 According to ESPN’s Adam Schefter Oakland Raiders rookie running back, Josh Jacobs will miss the team’s final game of the regular season against the Denver Broncos.

Raiders have downgraded RB Josh Jacobs to out for tomorrow’s game vs. the Broncos.

Jacobs has been fighting a shoulder injury since Week 7 of this season and has also suffered a skin infection on his leg on Wednesday following Christmas.

In a press release earlier this week the Raiders stated that: “Josh Jacobs woke up with discomfort in his leg on Wednesday and he was evaluated and treated for a superficial skin infection.”

This is the second game in row Jacobs will miss after being held out of last week’s game against the Los Angeles Chargers.

Since Week 1 of the season, Jacobs has completely changed the trajectory of the Raiders offense. He owns the franchise record for rushing yards by a rookie and has rushed for the most yards since Darren McFadden in 2010.

The former Alabama running back finishes his rookie campaign with 1,150 rushing yards and seven touchdowns.

Everything happens how it’s supposed to happen ??