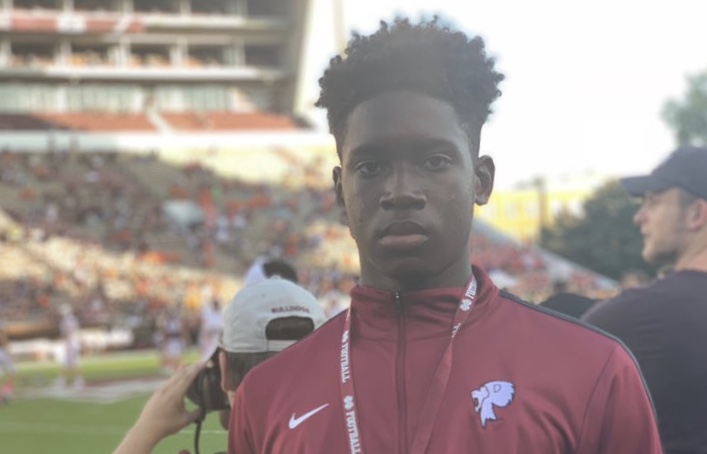 2021 4-Star linebacker, Ian Jackson, currently has 13 Division 1 offers and is ranked among the top players in the state of Alabama.

Jackson is a product of Prattville High School in Prattville, Alabama. Texas A&M and Ole Miss are the only two SEC schools to offer him up to this point. The Troy Trojans are the lone in-state program.

The Prattville product said he has no dream school and is open to playing anywhere.

“I want to be clear, I am open to all schools no matter what conference,” Jackson said. “As far as my dream school, I really just want an opportunity to play in the SEC. Most of my family went to Auburn and I have been up there a few times. I took a visit to an Alabama game during the 2018 season and I really enjoyed it.”

As a junior, Jackson was named to the ASWA 7A All-State team and the Montgomery Advertiser’s All-Metro team. The 6-3 220 pounder feels several parts of his game have improved and his ability to play multiple positions has played a role in that.

“I feel like I have good instincts,” Jackson added. “I consider myself pretty good at open-field tackling and at covering receivers and tight ends. One thing that has helped me a lot is the fact that I was playing safety and cornerback until this past season. Now, I love playing down near the line of scrimmage.”

The growth Jackson made during his junior season has his coaches wanting to expand his role for his senior year. Jackson said he will probably move to inside linebacker for his senior season.

Alabama has hosted Jackson for a game visit and so has the Auburn Tigers. Jackson is a special talent in the yellowhammer state and fans on both sides of the Iron Bowl rivalry should keep an eye on him.