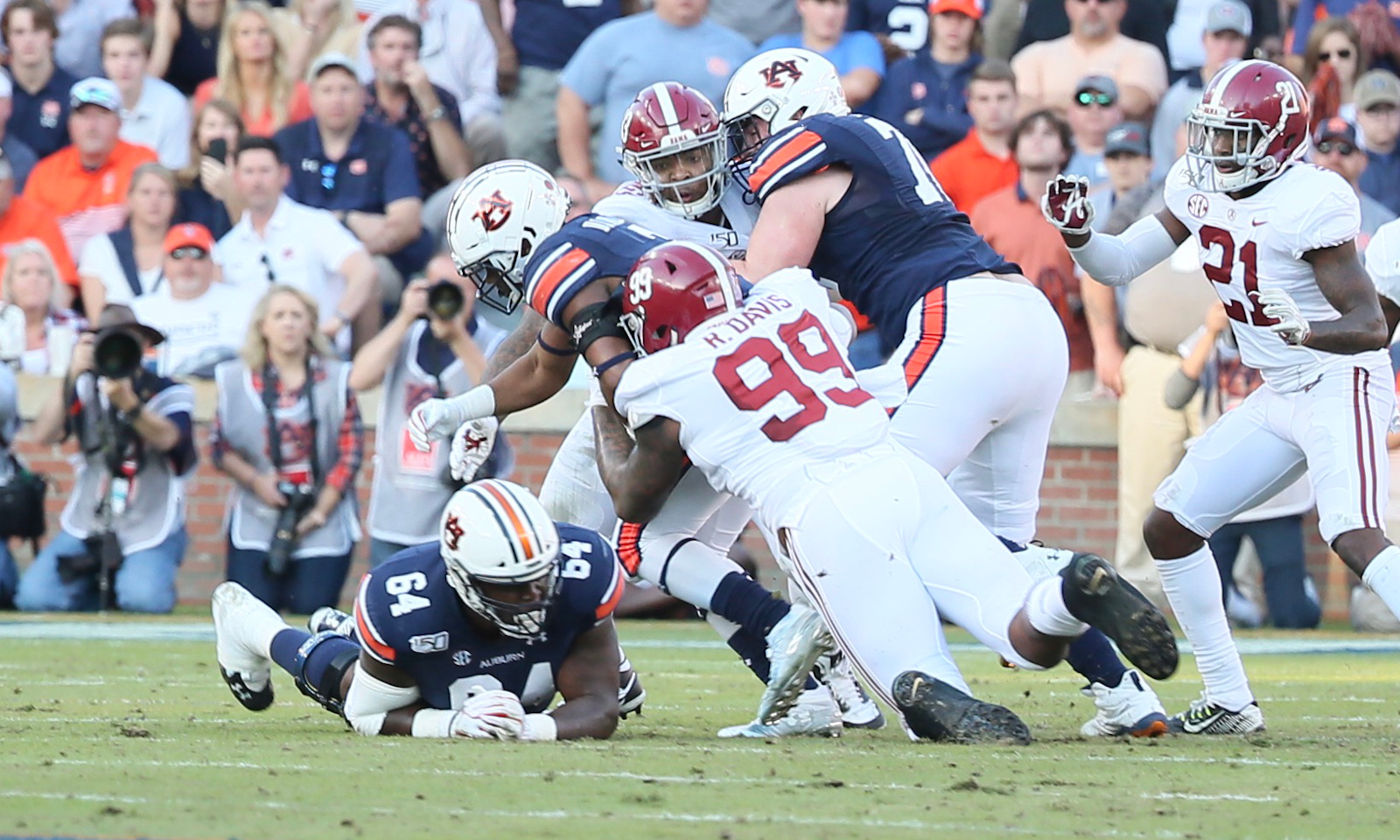 The University of Alabama will have one less player representing it at the Senior Bowl.

According to a report from Cecil Hurt of the Tuscaloosa News, Raekwon Davis will not participate in Saturday’s event at Ladd-Peebles Stadium in Mobile, Ala.

DL Raekwon Davis will not play in the Senior Bowl due to an ankle injury, per Senior Bowl officials. #Alabamaftbl

Listed at 6-foot-7 and 306 pounds, Davis totaled 47 tackles – including three for loss with five quarterback pressures in 2019.

His sophomore campaign was his breakout year, as Davis tallied a team-high 8.5 sacks to go alongside 10 tackles for loss and 69 total stops.

He was on two Southeastern Conference Championship teams (2016, 2018) and a College Football Playoff national title team in 2017.

RELATED: Will Pete Golding remain at Alabama for next season? He could be

Due to his size and potential, there are still some draft analysts that project Davis as a first to second-round selection come April.

With him out, Crimson Tide fans will cheer on Anfernee Jennings, Terrell Lewis, Jared Mayden, and even Jalen Hurts as he represents Alabama and Oklahoma.