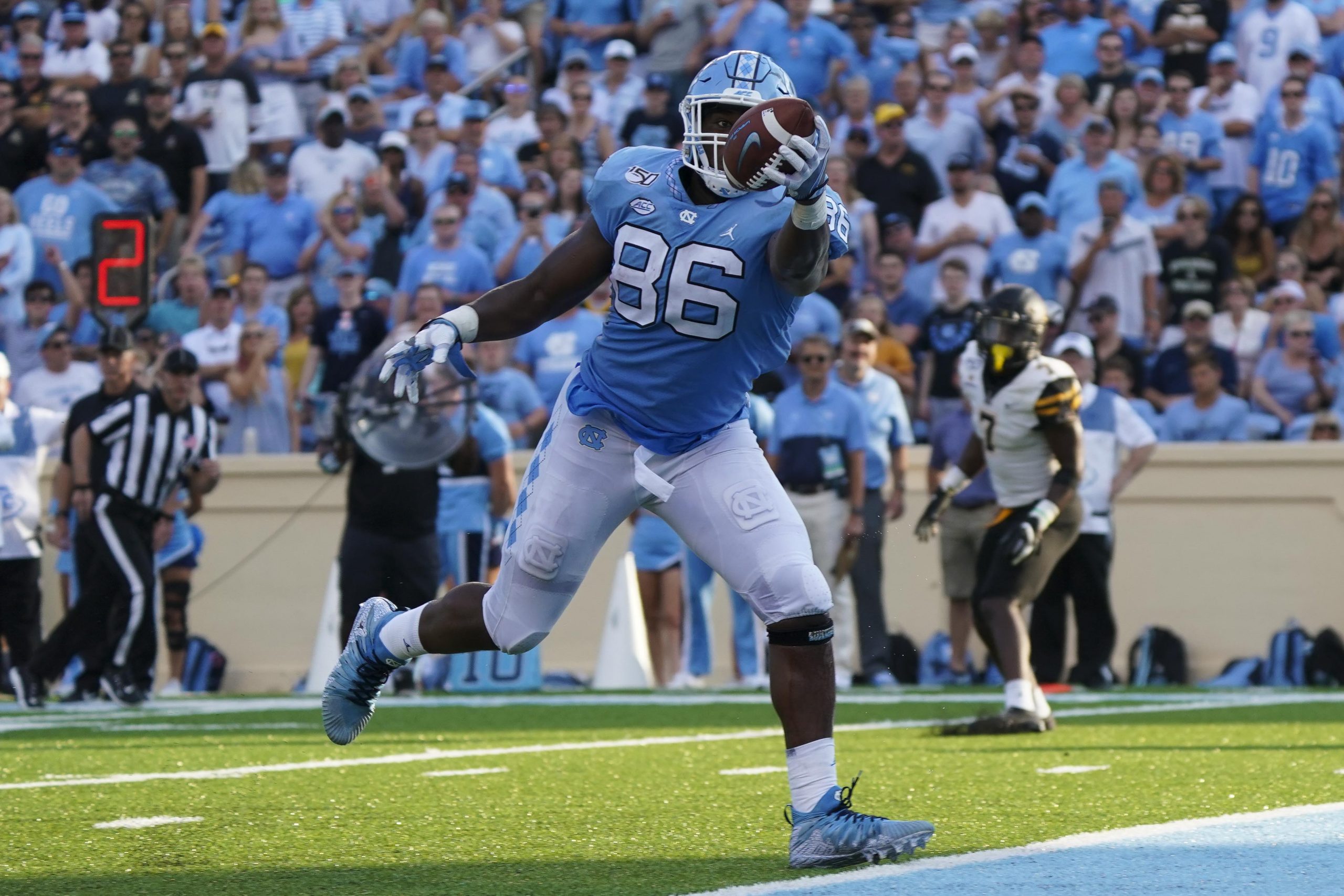 Graduate transfer tight end, Carl Tucker Jr., is visiting Alabama this weekend and will be on the campus of the University of Alabama until Sunday, according to his dad, Carl Tucker Sr.

Tucker announced he was transferring from North Carolina in December after spending 5 years with the Tar Heels. During his time at North Carolina, Tucker had 36 receptions for 549 yards and four touchdowns.

Thank you UNC!! It has truly been a blessing! pic.twitter.com/vHvY5jVUNQ

Alabama is currently expecting one tight end in 2020 4-Star tight end, Caden Clark. Nick Saban expressed they would ‘entertain’ another prospect at the tight end position on National Signing Day in December.

Tucker currently stands at 6-2 and weighs 248 pounds. The North Carolina native has the size to block from the tight end position and be serviceable in the passing game.