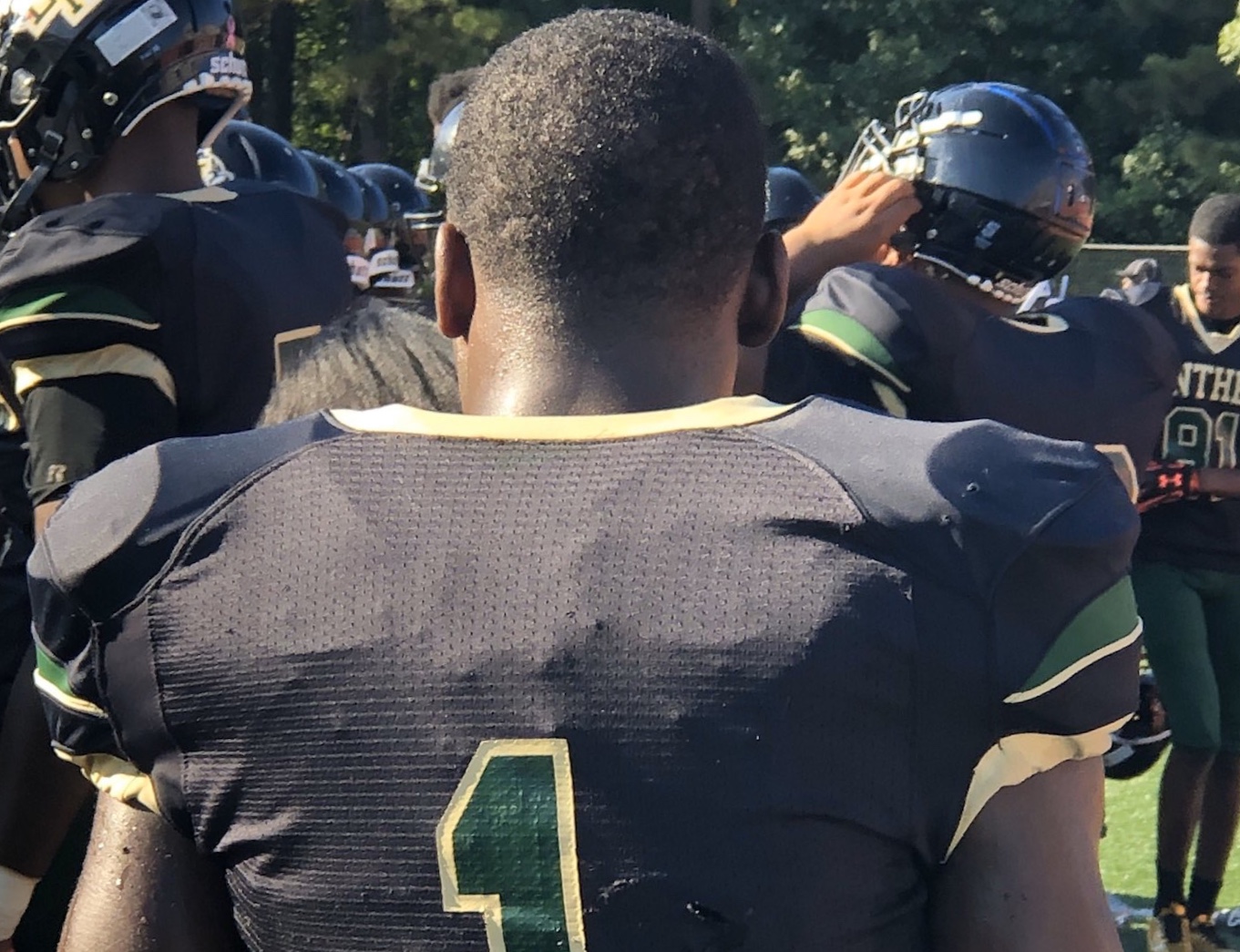 Alabama is the latest school to extend an offer to 2022 running back, Antonio Martin, out of Fairburn, Georgia.

Martin is a product of Langston Hughes High School. The Crimson Tide is the 17th Division 1 football program to offer Martin. Alabama’s wide receiver coach delivered the news of Martin’s latest offer to his head coach.

“My head coach told me he spoke with coach (Holmon) Wiggings Thursday afternoon,” Martin said. “I was really happy and excited about it. It is a great football program. It is Alabama, that is the best out there.”

Tennessee, Arkansas, Florida and Kentucky have also offered Martin, making the Tide the fourth SEC program to do so.

Langston Hughes featured Martin in their rushing attack last season. Martin rushed for 1,534 yards and 16 touchdowns on 203 carries during his sophomore season. He also proved he could be serviceable out of the backfield as he pulled in 17 receptions for 143 yards and a touchdown.

Martin currently stands at 5-10 and weighs 190 pounds. The Tide’s coaching staff expressed Martin’s running style was one of the reasons they offered.

“My coach told me they liked my power and burst,” Martin said.

Alabama has not hosted Martin yet, but he wants to get down to Tuscaloosa when this dead period comes to an end. The rest of the month of February is included in this dead period, which means no school can host a football prospect during this time. Martin is one of the many recruits, who is trying to get to Tuscaloosa in the Spring.

“I am definitely trying to visit in March, I am excited about it,” Martin said.

There is still plenty of time left for Martin’s offer list to get longer. At the moment, Martin knows what he is looking for in a potential program.

“I am looking for a school that is a good fit for me personally,” Martin said. “I want to go to a school, that has the best interest for me.”