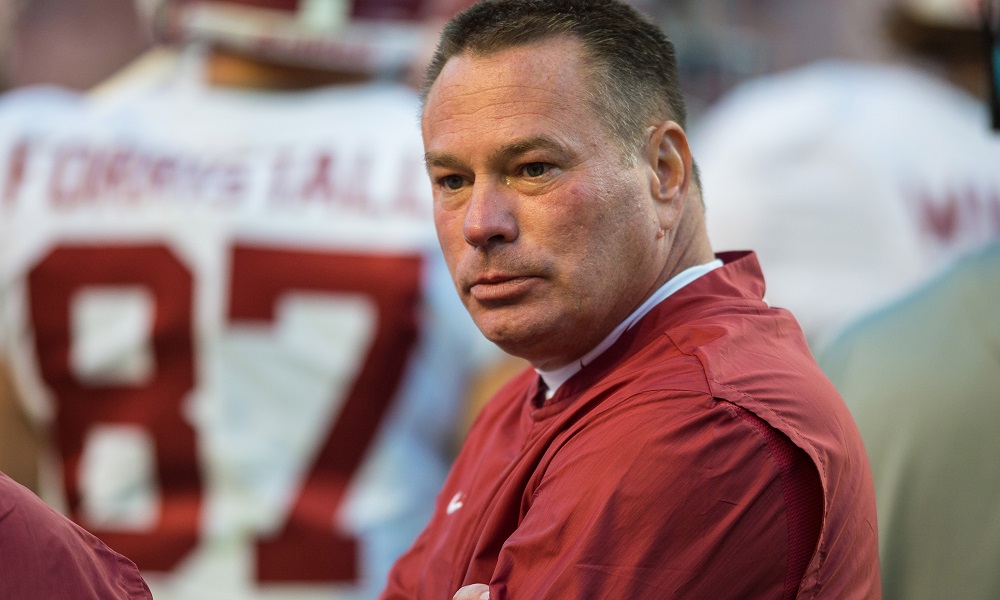 According to a report from AL.com, former University of Tennessee head coach and current Alabama staffer Butch Jones will be moved to a new coaching position this upcoming season.

Jones served as an offensive analyst over the past two season’s on Nick Saban’s staff and will now be listed as a special assistant to the head coach. It is unclear what Jones’ new responsibilities will be under his new title but it is clear that it is a promotion.

Since the season’s conclusion Jones’ name had been linked to a couple of other possible head coaching gigs but ultimately decided to remain with the Crimson Tide.

“I know Butch had other job opportunities after last year, and he decided he wanted to stay here,” said Saban. “It’s obviously an advantage when you have continuity in your program with the people that you have in your organization at any level.”

Now with Sarkisian remaining with Alabama as the team’s offensive coordinator and Jones staying on with a new role, it will be an offseason of relief for Saban as he will be heading into the 2020 season with two important coaches remaining on his staff.

REPORT: Steve Sarkisian to remain at Alabama and is expecting a raise, per ESPN
WATCH: 4-Star, Xavian Sorey, is a unique talent, who ‘will be even better in college’
To Top
%d bloggers like this: