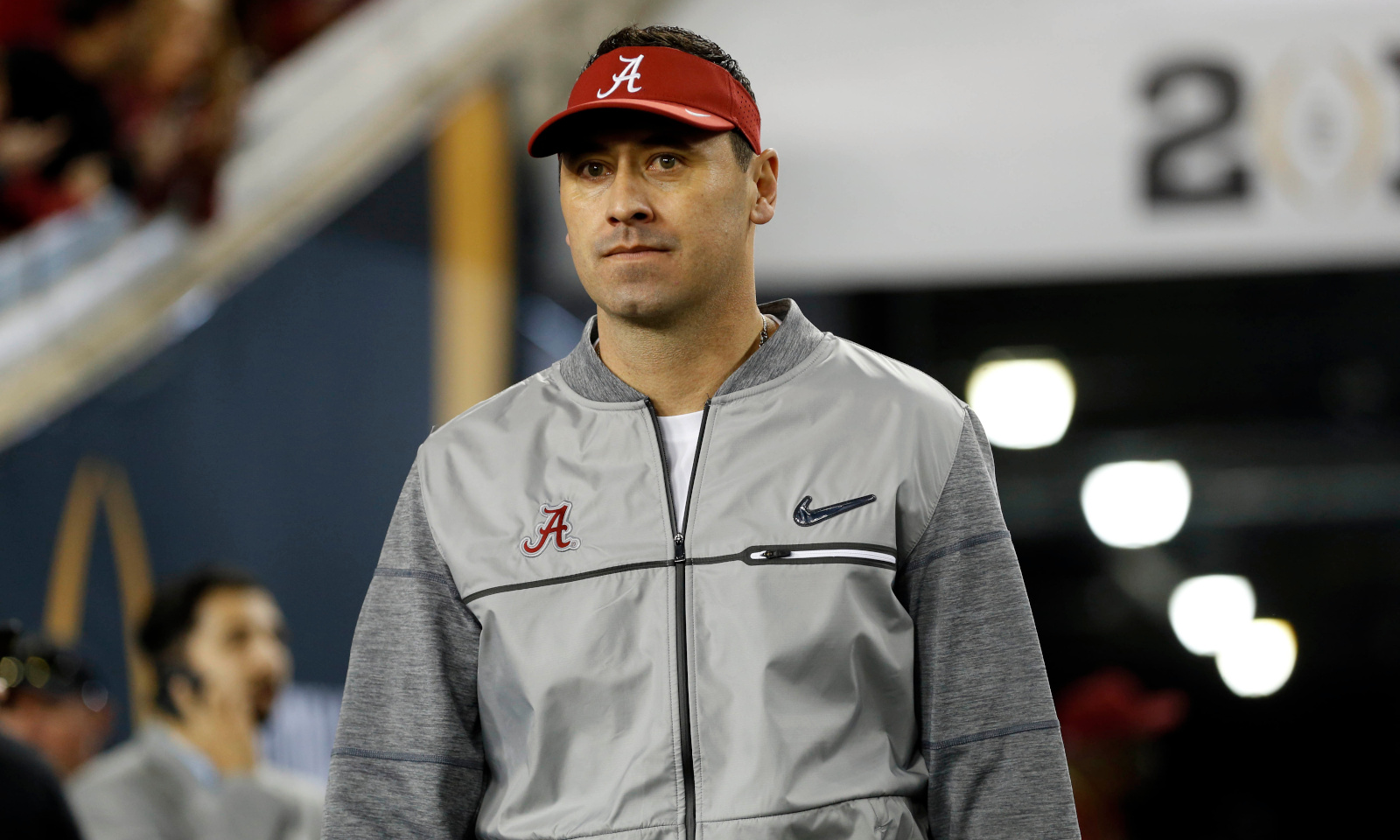 Former Colorado head coach Mel Tucker made waves last week when he decided to leave the Buffalos and throw on the green spartan armor over at Michigan State. It’s not super common for coaches to be shifting around at this point in the offseason with spring practices inching closer and closer, but at the same time it sums up the current state of college sports perfectly.

You see a better opportunity you go there tomorrow, which is something that current Alabama offensive coordinator Steve Sarkisian may be facing in the coming days.

It was first reported by CBS Sports on Wednesday that Sarkisian had interviewed for the vacant head coaching position at Colorado. The other suspected coaches in the running is Air Force’s Troy Calhoun as well as former Wisconsin and Arkansas head coach and current New England Patriots staffer Brett Bielema.

Out of the three it seems as if Sarkisian is the hottest name of the bunch judging by the fact that he called the plays for one of college football’s top offenses last season with the Crimson Tide.

What also is attractive about Sarkisian is his history of success in the Pac-12. Prior to his stint with the Atlanta Falcons and Alabama, Sarkisian coached in the west coast conference for 14 seasons and recorded a 46-35 record as a head coach with Washington and USC.

Unlike the other two candidates he already has ties to recruiting grounds out in the conference to go along with his previous success.

Despite appearing as the most qualified for the job, Colorado has not shown any indication of coming to an agreement with any coach as of yet. But if in fact Sarkisian is the choice, and he decides to head up north, Nick Saban will be looking for a new offensive coordinator for the second season in a row.