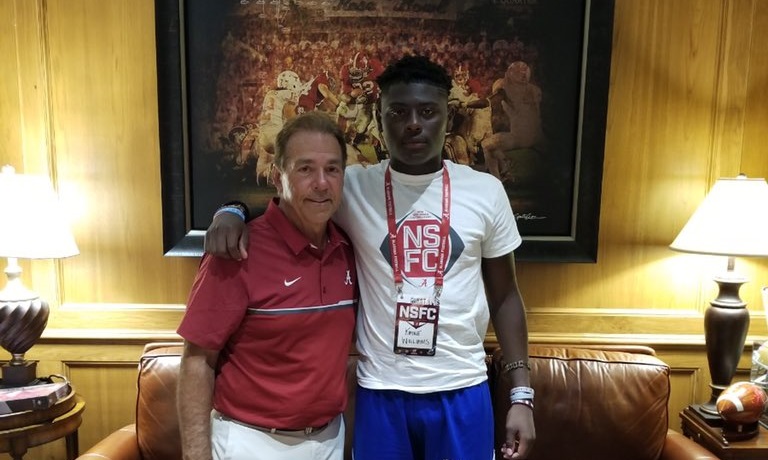 Kaine Williams was set to announce his verbal commitment Monday via Twitter, but decided to hold off “due to some circumstances.”

Due to some circumstances I wont be committing but ill be dropping my final 3 at 2:00pm‼️🙏🏾

Williams is a 4-Star safety out of Marrero, Louisiana. The Tide was the last program to host Williams as they got him on campus for their second and final Junior Day event earlier this month. With Williams set to drop his final three schools, the Tide are expecting to be among this group.

Several recruits may choose to hold off their commitment plans due to the recruiting dead period the NCAA has implemented, which bans all on-campus and off-campus visits. Williams’ decision will give him a chance to evaluate his final three schools more and hopefully allow him to take some more visits before he makes a decision.

Alabama currently has one commit in the 2021 recruiting class with a verbal pledge from 4-Star linebacker, Deontae Lawson. Their coaching staff is hitting the phones to continue recruiting prospects since they can not host any visitor.

Alabama LB Christian Harris drops hype video heading into sophomore year
CBS’ Pete Prisco says Tua Tagovailoa doesn’t have the “fire in the belly” in order to succeed in the NFL
To Top
%d bloggers like this: