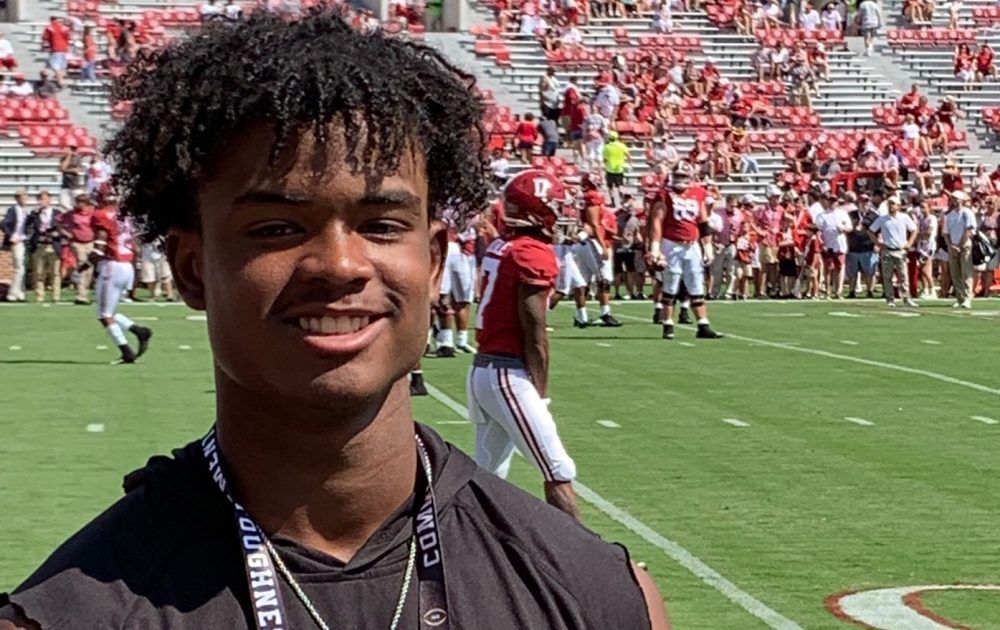 MJ Morris is one of the top dual-threat quarterbacks in the 2022 recruiting class and is one of the recruits Alabama offered early on.

The Tide offered Morris after watching him in action at camp in June. The Carrollton High School product now holds more than 20 Division 1 offers. Morris last visited Alabama during the regular season for a game and is eyeing a return visit.

“They asked me to come in February but I could not make it,” Morris said. “I most definitely want to visit during the spring and summer.”

Steve Sarkisian, Alabama’s offensive coordinator, informed Morris of his offer from the Tide. Morris said he feels Sarkian and Tino Sunseri have great knowledge of the QB position.

“I really like coach Steve Sarkisian and coach Tino (Sunseri),” Morris said. “They know the position of quarterback and how to make me better.”

When Alabama hosted Morris in September, he got a chance to see Alabama’s offense up close and personal. Alabama had one of the best passing offenses in 2019 under Sarkisian, which is very impressive to Morris.

“What is not to like about it?” Morris added. “I love it. It is a fast-paced and balanced offense and Tua was able to make quick reads and get the ball out of his hands. It also helps that Bama consistently recruits some of the best wide receivers in the country.”

As a sophomore, Morris threw for more than 2,000 passing yards and 20 touchdowns, while picking up 300 yards on the ground, according to MaxPreps.com. An impressive Junior season is in the works for the 4-Star recruit as he currently spends some of his time indoors working on the mental part of his game amid the Coronavirus pandemic.

“I am working on my football IQ and getting faster,” Morris said. “I have really been taking a lot of time during the virus outbreak to watch a lot of film with my QB coach, Ron Veal.”

Alabama currently has a verbal commitment from 2022 4-Star defensive end, Jeremiah Alexander. The Tide will continue to recruit Morris and a couple of other 2022 quarterbacks as Nick Saban has made a clear, that he wants to add at least one signal-caller in each class.