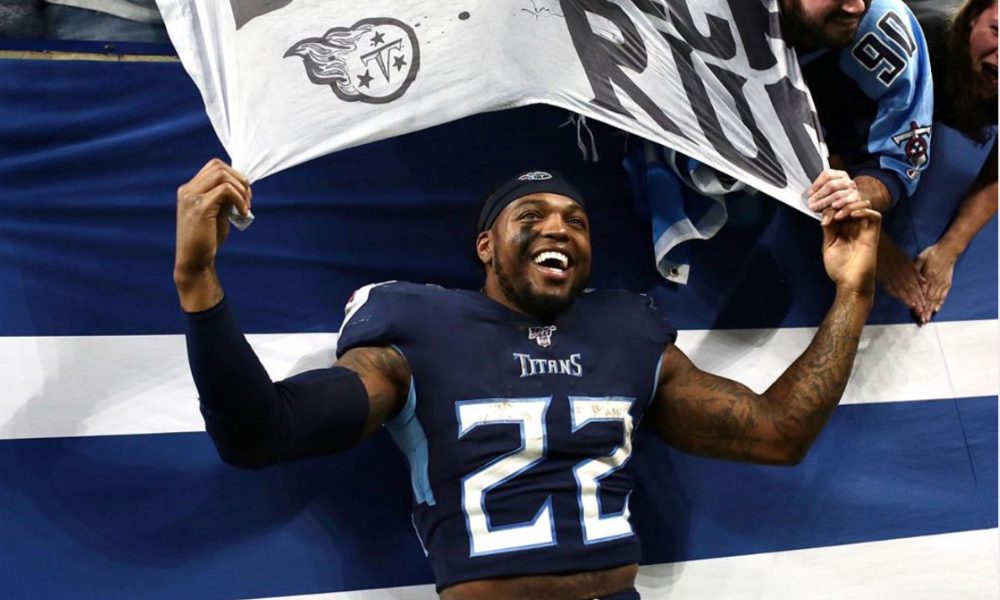 According to ESPN’s Dianna Russini, Tennessee Titans running back Derrick Henry has signed the team’s franchise tender for $10.2 million.

Both sides will also be working towards a long term extension before July 15, per Adam Schefter, but no matter what Henry will be taking handoffs from the backfield in 2020.

Titans’ RB Derrick Henry signed his $10.2 million franchise tender today, per @diannaESPN and me. Two sides are still committed to working for a long-term extension before July 15.

This is huge news for the Titans especially with Henry coming off of the best season of his career where he led the NFL in rushing with 1,540 yards, and also in touchdowns 16.

Henry’s impact in the playoffs was just as profound as he helped lead the Titans to the AFC Championship game defeating the likes of the New England Patriots and the Baltimore Ravens, both of whom had top ranked defenses.

Tennessee has already had a big offseason as they locked up quarterback Ryan Tannehill to a 4 year $118 million deal back on March 15.

The team now hopes to sure up their backfield for the foreseeable future as they work with Henry to give him the extension he deserves.