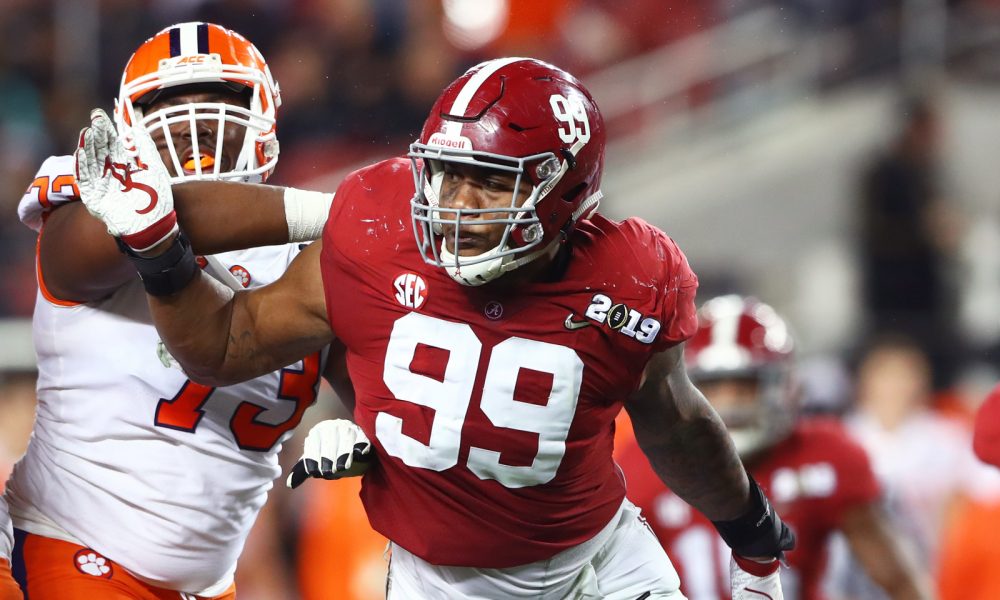 The NFL Draft concluded on Saturday and the University of Alabama had nine of its student-athletes placed in rounds one through seven.

Since 2008, Nick Saban has positioned 96 players in the draft – including 33 first-round picks.

After having four players go in the top-15 of the venue, the Crimson Tide had five of his athletes called in rounds two through seven.

According to Spotrac, a website that dives into the contracts of NFL players, the projected earnings of all five players have been made available. Yours truly has a breakdown of each player and their earnings listed below.

*Hurts was drafted as an Oklahoma player, but spent three years at Alabama

﻿
Tua Tagovailoa shares heartwarming facetime calls with friends and family on draft day
D.J. Fluker announces that he’s been released by the Seattle Seahawks
To Top
%d bloggers like this: