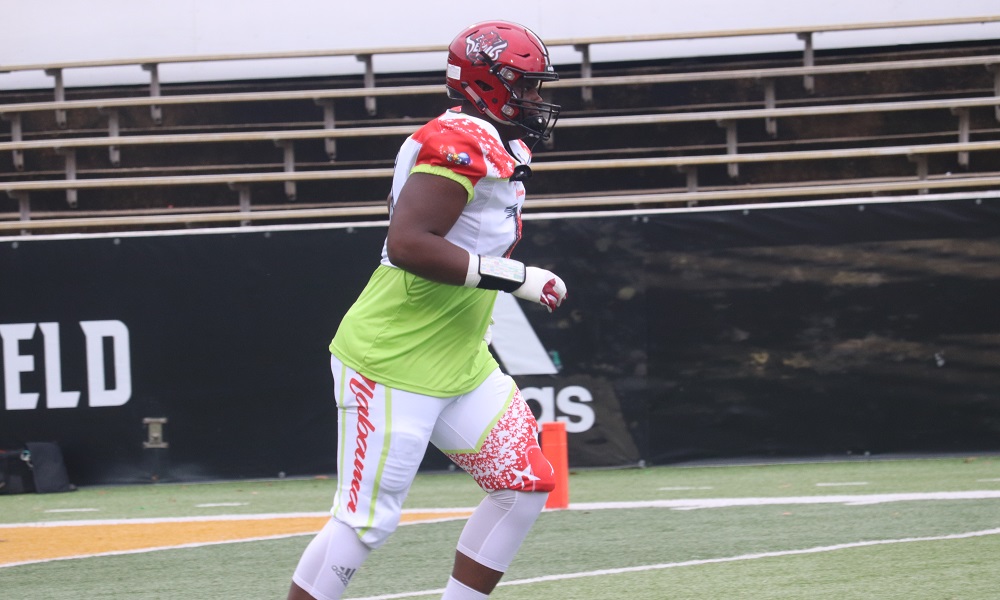 Javion Cohen, an Alabama 2020 signee, is letting it be known he feels recruits know, where to go to secure a National Championship.

In a recent Tweet, Cohen wrote: “Forget all the hype, if you want a natty you know where you need to go..”

Forget all the hype, if you want a natty you know where you need to go..

The Phenix City native is obviously talking about the University of Alabama and his argument has some legitimacy to it. Since 2007, every recruiting class has won at least one National Championship before they graduated from the Capstone. This tweet was sent out in response to the success the Tennessee volunteers are currently having on the recruiting trail.

The Vols have pulled in some major targets over the last week, including 5-Star prospect and Alabama native, Dylan Brooks.

Cohen was rated as a 4-Star recruit as an offensive lineman as he did not give up a single sack during his senior season. The soon to be Alabama freshman is making sure he is ready to contribute once he enrolls in May. Alabama’s coaching staff is looking at him playing multiple positions on the offensive line during his first year in Tuscaloosa.

“Right now, we are looking at right tackle and left guard,” Cohen told Touchdown Alabama in February. “They said I will be a back up as soon as I get there.”

Alabama’s 2018, 2019 and 2020 classes have yet to win a National Championship. The door is open for a couple of freshmen to make an impact for the Tide this upcoming season to keep Alabama’s streak alive and Cohen is making sure an opportunity does not pass by him.

“I want to stand out as a freshman,” Cohen said. “I want to be someone they see as a future leader on the team and learn the playbook as quickly as I can. I will be working on that with Evan (Neal) and coach (Andy) Kwon. I also really want to work to get all my weight numbers up because it is a different level in the SEC.”