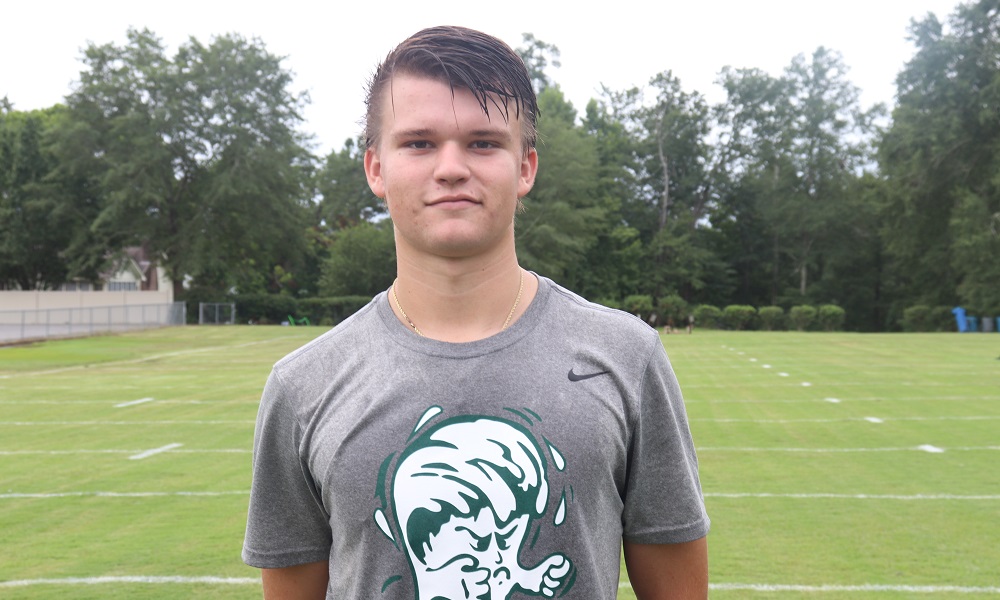 Alabama went inside the state to extend their latest quarterback offer.

After a great call with Coach Saban , I’m blessed to receive an offer from Alabama ! ??⚪️ #RollTide @AlabamaFTBL @ChadSimmons_ pic.twitter.com/kOwKEbnRNl

Bailey is a product of Gordo High School in Gordo, Alabama, which is approximately a 27-minute drive from Tuscaloosa. This is Bailey’s 11th Divison 1 football offer. Nick Saban informed the in-state product of his latest offer.

“One of their assistants reach out to my coach and got me in contact with coach Saban,” Bailey said. “We talked for a little while and he told me I had an offer from Alabama. We then started talking about football and what I was doing during the virus. It was pretty special.”

The rising junior now has multiple SEC offers, including offers from Georgia, LSU, Tennessee and Mississippi State. The Bulldogs offered him early last month. Bailey said the Tide’s offer and his conversation with Nick Saban left him blown away.

“I was really ecstatic,” Bailey said. “I honestly had no clue what to do. After he told me they had offered me, it was kind of a blur the rest of the call. It really is special. This is one I had been waiting for. Coach Saban and coach (Steve) Sarkisian have been telling me an offer could come any day. Now that I have it, it is awesome.”

As a sophomore, Bailey led the Green Wave to an undefeated regular season and to the third round of the 3A AHSAA State Playoffs. The Gordo product is a pro-style quarterback, who has a nice touch on his deep ball. Bailey has a new focus as he continues to put in work throughout this recruiting dead period in hopes his junior season can have a sweeter ending.

“The main thing I am doing now is working in the weight room,” Bailey added. “I have started a nutrition program to gain some weight and I am up to 195 pounds right now. I have been working on getting stronger and faster. I am a pro-style quarterback, but I want to be able to run the football. I am also working on some throwing mechanics.”

Alabama’s 2022 recruiting class has one commitment with a pledge from 4-Star defensive end, Jeremiah Alexander, who is also an in-state prospect. During the Nick Saban era, the Tide has had great success with quarterbacks from the yellowhammer state. National Championship winning quarterbacks, AJ McCarron and Jake Coker, are both products of the state of Alabama.

No one leads Bailey’s recruitment and he is taking everything slowly at the moment but feels Alabama offer is one of the ‘biggest’ offers he has gotten so far.

“Alabama is such a winning program and coach Saban is arguably the best college football coach to ever live,” Bailey said. “Anyone with any football IQ can tell this is one of the biggest offers for me.”