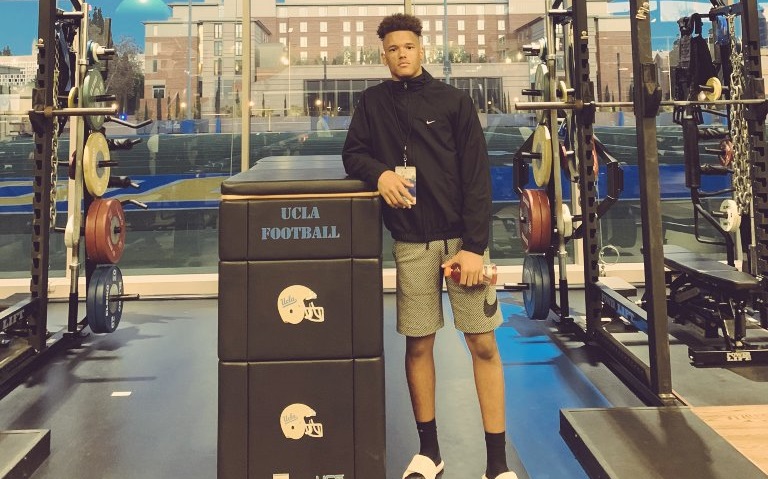 Cyrus Moss is regarded as one of the top rising junior linebackers in the nation and his recruitment is beginning to reflect it.

Alabama football is the latest school to offer Moss as he gets closer to having 20 Division 1 offers.

Moss garners a 4-Star rating and is a Las Vegas, Nevada product by the way of Bishop Gorman High School. The Crimson Tide is the first school to offer Moss this month. Jeff Banks, Alabama’s special teams’ coordinator, informed the Nevada product about his offer from the Tide.

“I sent my film over the coach Banks and he sent it over to the defensive coordinator and everyone else,” Moss said. “Then he said they all liked my film and I had an offer. I was humbled and excited to know I had an offer to attend such a great school with such a great tradition.”

The Crimson Tide have sent multiple linebackers to the NFL during Nick Saban’s tenure, including two outside linebackers, who were drafted in the 2020 NFL Draft. Player development is something Moss plans to look at as his recruitment moves forward.

“The NFL is something I am going to look at,” Moss said. “It is important for me to know that they will continue to send linebackers almost every year to the NFL.”

It did not take long for Alabama to offer Moss after watching his film and it is not hard to see why. The 6-5 210 pounder is a lengthy outside linebacker, who plays with a mean streak. Moss’ physicality jumped out on film to the Tide’s staff.

“They say said the biggest things that stood out was my physicality and my tenacity,” Moss added. “They said they really liked that. They also liked my strength and the fact that I play in a similar defense to the one, that they currently play.”

Alabama’s 2022 recruiting class currently has a pledge from 4-star defensive end, Jeremiah Alexander. One look at Moss’ film can lead one to believe the Tide will make him a priority in its 2022 recruiting class. Alabama could expect a possible visit from Moss once visits are allowed again.