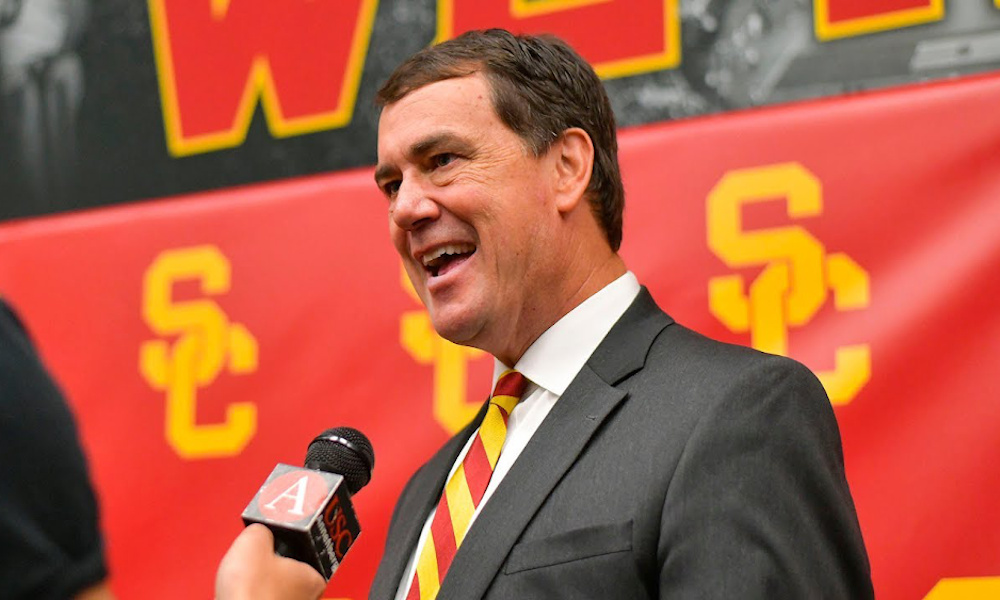 Are things starting to trend in a positive direction for the state of California, in terms of getting through the coronavirus pandemic?

According to a report from Ryan Kartje of the L.A. Times, it seems like it.

A couple of weeks ago, rumors started surfacing on the possibility of Alabama facing Texas Christian University at AT&T Stadium on Sept. 5 instead of USC. With the state remaining under a “stay-at-home” order, many people thought the Crimson Tide would look for a different matchup to open the coming season. Greg Byrne and Mike Bohn (USC’s athletics director) both denied the rumors and on Thursday, Bohn had a Zoom interview arranged for him by West Coast Sports Associates and it was hosted by Sam Lagana of Pepperdine.

Per Kartje, Bohn said ‘the odds are in our favor’ as far as playing the Alabama-USC game as scheduled.

Mike Bohn, in a Zoom interview with Pepperdine, said that “the odds are in our favor” as far as playing the USC-Alabama game as scheduled.

The Trojans are coming off an 8-5 season and it returns talent on both sides of the football – including a 3,000-yard quarterback in Kedon Slovis. Clay Helton, USC’s head coach, saw his program take an embarrassing 52-6 defeat at the hands of the Tide in 2016 at AT&T Stadium.

It looks for a better outcome this time around.

WATCH: Will Alabama continue to pick up momentum on recruiting trail?
2017 CFP Championship loss still stings for Alabama players
To Top
%d bloggers like this: