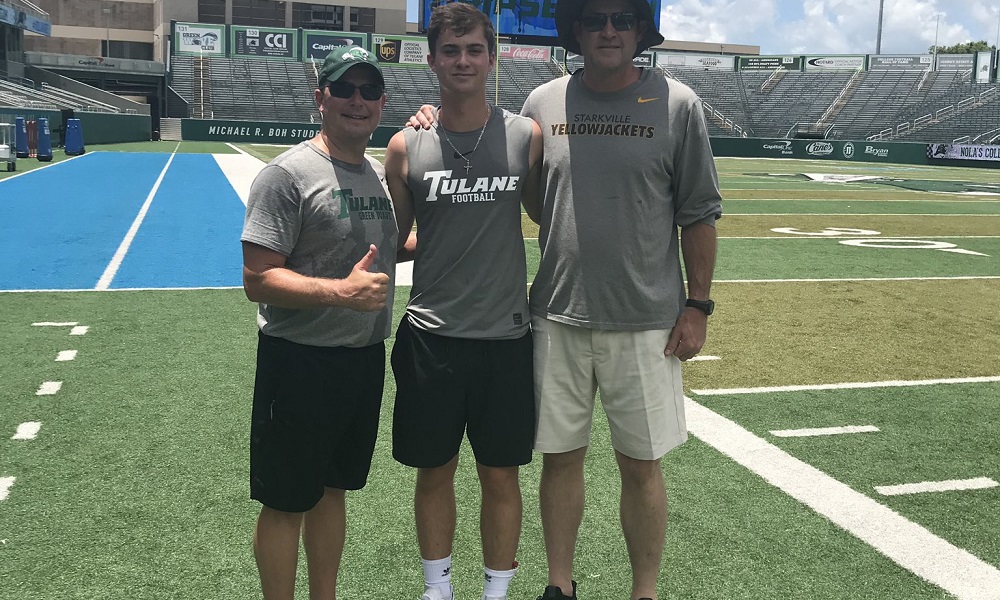 Extremely blessed and honored to receive an offer from The University of Alabama #RollTide 🐘 @QBCountry @StarkvilleSD @DemetricDWarren pic.twitter.com/A6SjtyUqZN

The Starkville, Mississippi product is currently verbally committed to Florida State. The Seminoles gained Altmyer’s verbal commitment in February after offering him the month before.

Alabama’s 2021 recruiting board is starting to get interesting when it comes to the quarterback position. With Miller Moss, a 4-Star quarterback out of California, committing to USC Monday, the Tide has had to change their approach. Especially since their other top quarterback target, Jalen Milroe, is currently committed to Texas.

Altmeyer looks to be where Alabama’s staff will turn some of their attention towards.

At 6-3 and 190 pounds, the 4-star recruit is considered a Pro-Style quarterback. He passed for 3,093 yards and 27 touchdowns, while only throwing five interceptions as a junior. Starkville High School was able to win nine games in the regular season and make an appearance in the third round of the state playoffs with Altmyer as its signal-caller.

After signing 5-Star quarterback, Bryce Young, in the 2020 recruiting class, it is clear it is going to be an uphill battle for Alabama to pull in an elite quarterback this cycle. However, Nick Saban has expressed on multiple occasions his desire to sign a quarterback in each class.

2021 uncommitted QBs, who have Alabama offers: