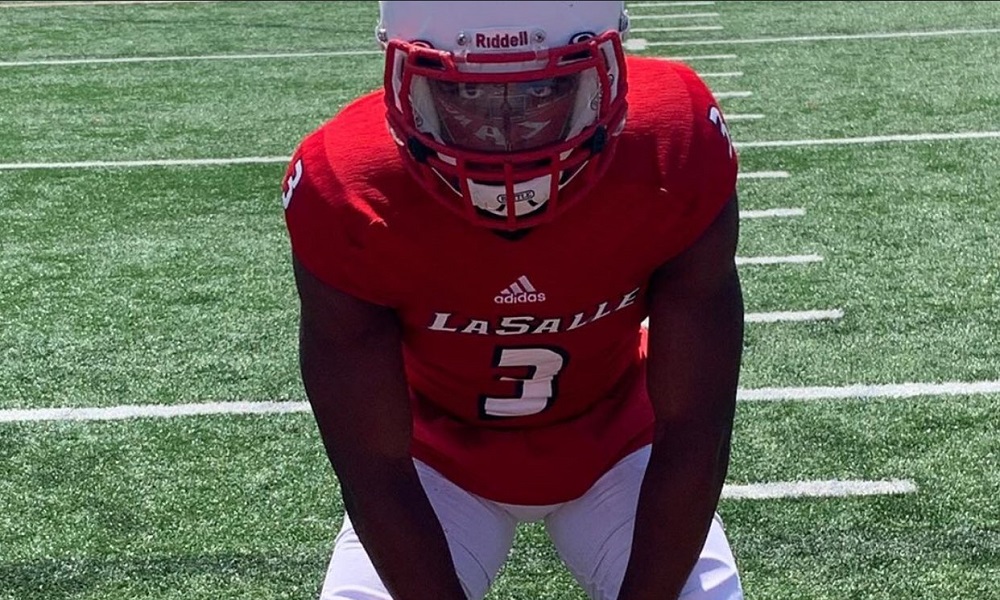 An Alabama football offer came out of nowhere for 2022 4-Star running back, Gi’Bran Payne, Wednesday.

Alabama is the 22nd Division 1 program to offer Payne. They are the second SEC school to do so. The Ohio product received information about his offer from the Tide’s running back coach, Charles Huff.

“Coach Huff contacted my head coach and told me to give him a call,” Payne said. “He broke it down and he offered me over the phone.”

News of his offer from Alabama caught Payne by surprise since no one from Alabama’s staff had ever contacted him prior to this point.

“I was very surprised because I had never spoken with anyone from Alabama previously to that phone call, so I was very excited to receive the offer,” Payne added.

Payne comes in at 5-10 and approximately 195 pounds. As a sophomore, he showed his ability to hit the hole with great speed and explode into the open field. His short stature also allows him to run low to the ground and get lost in the hole among bigger linemen.

The Tide has offered a good number of running backs in the 2022 recruiting class. Their 2022 class currently sits at one commits with a pledge from Jeremiah Alexander, a 4-Star linebacker. Moving forward, Payne said he will take a good like at the Tide as his recruitment progresses.

“Alabama is definitely a school to take a look at,” Payne said.  “They are immune to losing. They just have the players and coaches, who are used to winning and that attitude is why they are where they are now.”