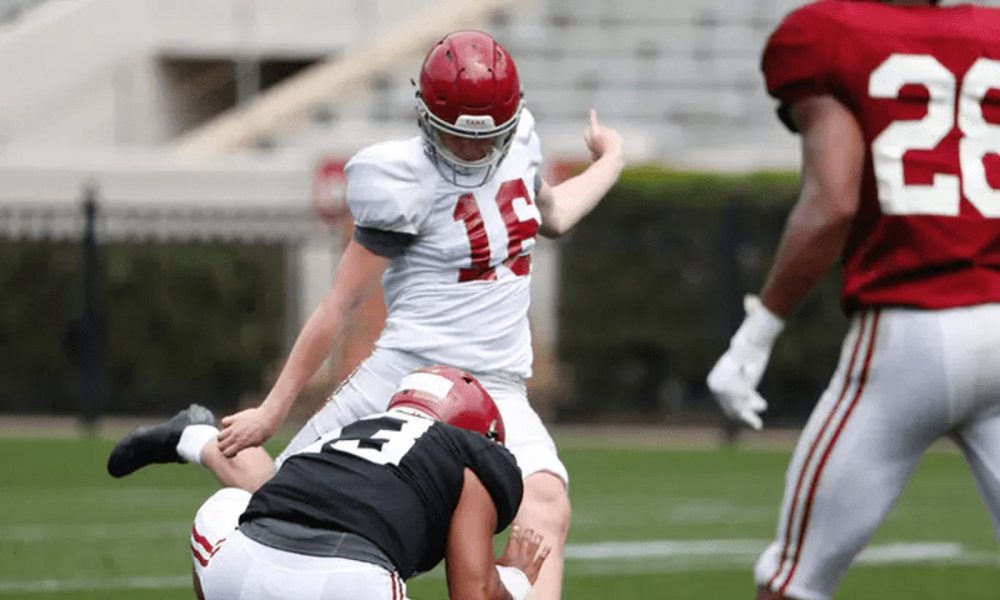 2019 was a frustrating season for Alabama’s now sophomore kicker Will Reichard. After starting his career off going 0/2 on field goal attempts against Duke, the highly touted recruit battled a hip flexer injury which sidelined him for a majority of the season.

The last time Reichard attempted a kick was an extra point against Souther Miss and following that game the kicking duties were handed over to redshirt junior Joseph Bulovas.

But now Reichard has fully recovered from his injury and proved it with a 60 yard field goal which he posted to Twitter on Saturday.

Alabama currently has four place kickers listed on its roster which includes Reichard, Bulovas, redshirt sophomore Tripp Silman and sophomore Ty Perine who are both listed as punters and kickers.

Feels great to be back healthy. Always a good day of work training with @JamesWilhoit pic.twitter.com/JqBQbDjmU9

The immediate competition for this season will likely be between Bulovas and Reichard to see if the Crimson Tide can shake its kicking woes.