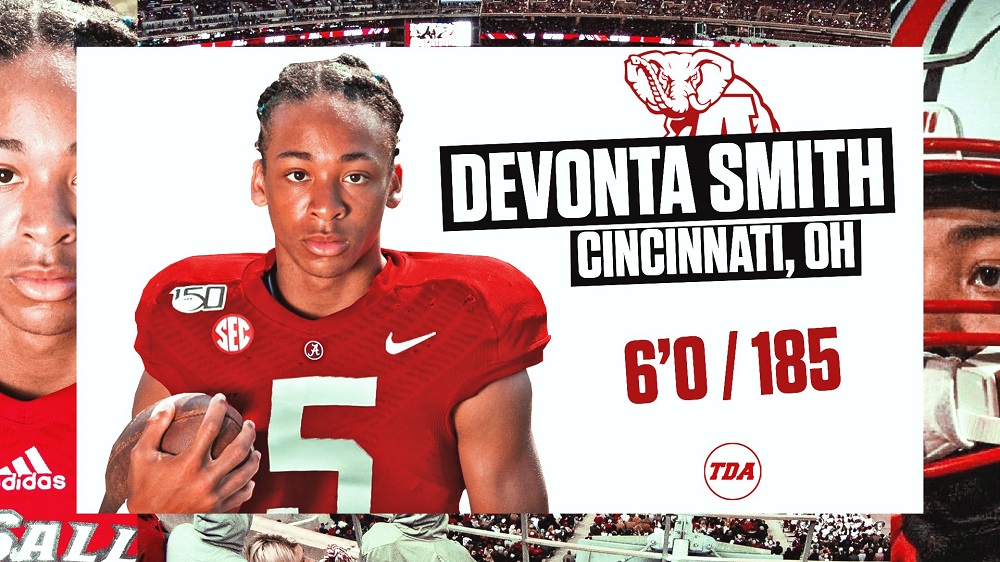 Smith is a product of La Salle High School in Cincinnati, Ohio. The Ohio product de-committed from Ohio State Thursday after being verbally committed to the Buckeyes since March 16. With his pledge, the Tide now has nine commits in the 2021 recruiting class and two defensive backs committed.

Alabama extended an offer to Smith in February in hopes that they could get on campus during the Spring or possibly the summer. Like the Tide’s last two commits, Smith was not able to get to Tuscaloosa and has not visited Alabama due to the ban on in-person visits, that has been in place for the last couple of months.

At 6-0 and 185 pounds, Smith possesses great ball judgment skills and loose hips, which allows him to switch directions with ease. The rising senior is also an effective tackler as he brings his arms and wraps upon contact.

Smith finished his junior season with 72 total tackles, two forced fumbles and five interceptions. On the offensive side of the football, he put up six scores.

The Tide has consistently pulled in four to five defensive backs in each of the last couples of recruiting cycles. this class looks to be no different with two defensive backs committed and a good number of defensive backs still on the board. Smith joins 4-Star safety and Louisiana product, Kaine Williams, as the Tide’s tow defensive back commits.